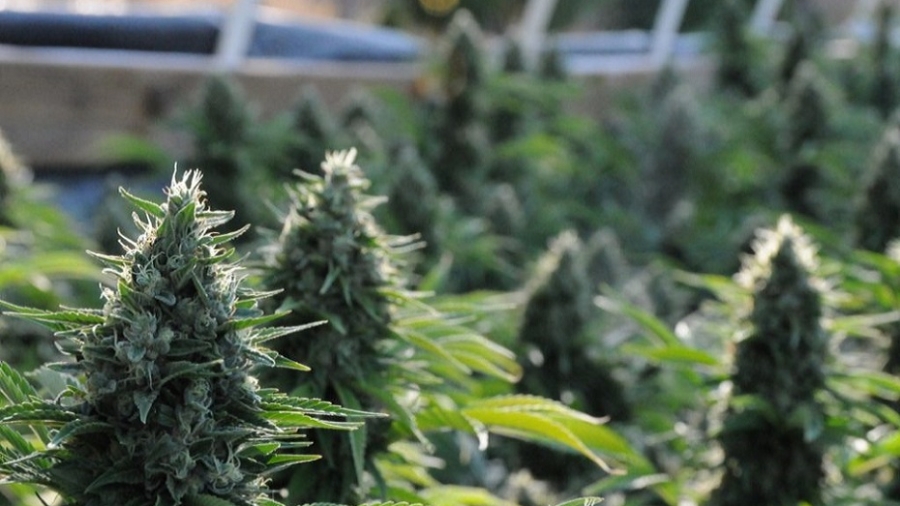 This insight into the world of Plant Growth Regulators (PGRs) is designed to educate and bring awareness to both the scientific and Cannabis community. First, we highlight why PGRs have become of such interest recently and what defines them. Then we further explore how PGRs work in plants and if they are potentially dangerous for our health. Finally we explore alternative and natural PGRs that could be potential considerations for use as plant growth substances.

Why the interest of the PGRs for cannabis?

For those of us who have held dense buds of cannabis, many have likely thought that aesthetically: “This is a high-grade flower”. The dense compact appearance is especially apparent when compared to buds that are lighter and fluffier in appearance. Perhaps also you have noticed a potent fuel/gas aroma when presented with imported or visually impressive “high grade”. These are usually telltale signs that the cannabis may have been grown using plant growth regulators (PGRs). Genetically some strains are naturally more dense than others, Cannabis indica for example is known to be more dense than Cannabis sativa. Increased levels of light during flowering periods and optimal hydration , throughout a plants life has also been found to increase bud density.

However with the use of PGRs, growers can make an extra effort to ensure buds are compact, even if genetic and environmental factors are against them. This desire for dense, tightly formed buds, which gives cannabis a desirable look and feel is one factor driving the use of PGRs in the Cannabis world.

However, there is also another factor which plays a major role in the growing demand for PGRs: increased profit margins. With cannabis rapidly becoming a big business, increased yields per harvest and shorter growth cycles, have sparked an interest in PGRs from commercial perspectives. Even those who are not looking for a commercial benefit, purely medicinally concerned, may be unsuspectingly using PGRs. They are often sold as nutrients, growth boosters, vitamins and hormone enhancers, that can be applied through foliar feeds and root drenches. With lucrative returns for growers, it is interesting to note that the global PGR market is to surge from $3.5 Billion observed in 2014, to $6.4 Billion by 2020.

The competitive nature of the cannabis market, makes the use of PGRs a tempting offer. With cannabis at times being literally worth its weight in gold, every extra gram yielded makes a big difference. Manipulating a plants morphology to fit into more confined spaces or speeding up growth cycles will help save on costs and maximise output. On top of this Increasing flower weight to maximise profits makes the use of PGRs seem logical, but does this come at the cost of poorer quality and potential health risks?

What are Plant Growth Regulators?

Discovered in the late 1920s and 1930s, PGRs have been used in agriculture for decades to increase the commercial viability of crops. In more recent years, fears about the safety of some synthetic PGRs came to light. Due to their apparent toxic nature, many have subsequently been banned for use on consumable food crops since the 1970s and are regarded as pesticides in many countries. Some may be familiar with the “Alar scare” which cost the US apple industry over a $100 million, after the controversial PGR daminozide was deemed to be a “probable human carcinogen” by the US government. This particular type of synthetic PGR, that interferes with hormonal pathways is often regarded as a “Plant Growth Retardant”.

To begin defining exactly what plant growth regulators are we need to understand plant hormones, also known as phytohormones. It is these hormones that PGRs influence and act upon. Plant hormones are natural to the plant kingdom and similarly to animal hormones, play major roles in a plants growth and development. Hormones in the tiniest of doses can turn “off and on” gene expression, cell growth and or cell-death (apoptosis). For relatively simple molecular structures they have huge and diverse effects on a plants growth cycle. Natural regulation of these plant hormones comes via environmental cues and receptors as well as the plants genome. It is traditionally accepted that there are 5 major classes of natural plant hormones (endogenous) that play key roles in a plants life cycle.

They all have regulatory functions and can either inhibit or increase cellular growth and activity. They most often work in tandem with one another in varying ratios throughout a plants life cycle. The table below shows the timing and overlap of the 5 major classes and their significance throughout the developmental stages of a Cannabis plants life.

Since the discovery of the 5 major classes of plant hormones, research has revealed additional classes, such as Brassinosteroids. This hormone has also been found to regulate a wide range of physiological processes including plant growth, development and immunity. Relatively little is known about plant hormones compared to mammalian hormones and so it is likely that many more are yet to be discovered. Synthetic plant hormones and synthetic PGRs aim to either mimic hormones or interfere with pathways involved in the synthesis or breakdown of hormones in the plant. It’s the PGRs that interfere with hormonal pathways that are most notorious. Big names include : Paclobutrazol, Chlormequat chloride, Daminozide, Uniconazole etc. (See table below). Since plant growth and developmental processes are mediated by hormones, plants can be successfully manipulated by the application of appropriate PGRs by humans. It is the application of natural and synthetic plant hormones to manipulate growth cycles and plant morphology that then classes these chemicals as “Plant Growth Regulators”. Plant growth regulators defines a function for a range of chemicals, but does not refer to a particular chemical nature. Therefore it is not possible to make simple statements which apply to all PGRs as chemicals. However there are clear differences when you look at synthetic and natural PGR applications.

How do PGRs affect plants

So how do PGRs actually manipulate a plants growth cycle and increase it’s yields? To understand this we need to take a look at signal transduction pathways, hang in there!

This is the basic nature of how PGRs operate; of course this varies some what for each individual chemical, but they all use signal transduction pathways in this way. PGRs that interfere with the biosynthesis (creation) of these plant hormones can therefor stop or retard growth in the same way other PGRs can stimulate growth. From this it is possible to see how genes can be activated to induce earlier onset of flowering or manipulate flowering periods. In conjunction genes can also be turned off to stop apical growth keeping a plant short and stocky. This is often a desirable trait for growers to maximise grow space potential.

With the use of PGRs continuing to grow, it will be interesting to see how they pursue to play a role in the future of agriculture and Cannabis. There is plenty of room for research in this area, but there are evident benefits and costs to using PGRs. Plant growth regulators are essentially a human attempt at “bio-hacking” a plants biological system. With that in mind we have a “you get back what you put in” scenario. It appears that if sourced naturally, PGRs can have positive up-regulating effects on the growth and development of plants, with fewer negative consequences and health concerns. However when created synthetically PGRs that manipulate growth cycles and yields come at the cost of poorer quality and potential health hazards. To further avoid these health hazards, it is essential for those using PGRs to have a thorough understanding of the correct methods and concentrations for PGR application. Whether or not consumers agree with the use of PGRs in their Cannabis one point remains clear, everyone should have the right to know what they are consuming. All agricultural nutrient manufactures should be legally required to provide a full chemical analysis of their products. It is also perhaps a duty of care for growers to state whether PGRs, pesticides and any other chemicals are used in the production of their Cannabis. With this in place consumers can at least make informed decisions about what they choose rather than being misled.