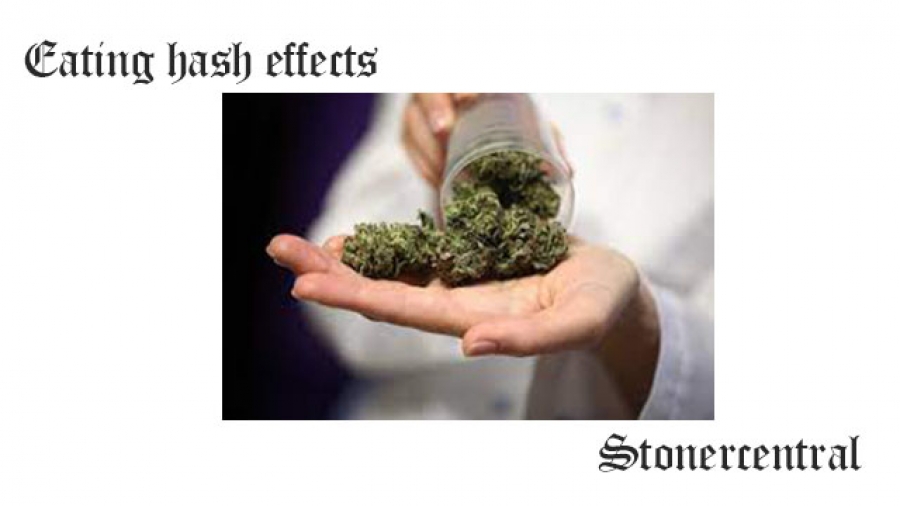 by contentsec
with 7 comments
All about weed
0

The effects of marijuana come from its active ingredients: delta-9-tetrahydrocannabinol (THC), cannabidiol (CBD), and cannabigerol (CBG). These three ingredients are not naturally present in marijuana. They occur as a result of a chemical process called decarboxylation.

Because of this, raw weed may not produce the high that people usually expect from cannabis. That said, some researchers are still interested in the possible medicinal uses of raw weed.

Read on to learn about whether or not a person can get high from eating raw weed and about the possible medicinal effects of these inactive compounds. This article also discusses some other ways that a person can use cannabis.

Can you eat marijuana?

The short answer is yes, you can eat weed. In fact, marijuana-infused foods and drinks have been consumed throughout history, as far back as 1000 B.C.

Marijuana was used as medicine in ancient China and India and was introduced to Western medicine in the early 19th century. Edible applications, such as tinctures, were prescribed to treat various conditions, from chronic pain to digestive disorders.

Bhang, a beverage made from a mixture of the leaves and flowers of marijuana plants, has been consumed for centuries during religious festivals, such as Holi, a Hindu festival of love and color.

In the United States, recreational use of edible marijuana products became popular during the 1960s, and today, many different types of edibles are available, both legally and illegally, depending on state laws.

For example, gummies, candies, chocolates, capsules, teas, and oils are some of the edible marijuana products sold in both legal marijuana dispensaries and through the illegal marijuana market.

Edibles enthusiasts also make their own weed products by infusing butter or oil with marijuana and mixing it into baked goods and other recipes.

Though you can eat raw weed, it won’t have the same effect as consuming marijuana-based products, as marijuana has to go through a process known as decarboxylation to become activated.

Therefore, eating raw weed will not result in the same effects as consuming weed that has been heated, as in edible products like candies, tinctures, and baked goods.

Though you can’t get high from eating raw weed, some health experts believe that eating it may offer some health benefits due to the wide array of plant compounds it contains.

Yet, research in this area is lacking, so the potential therapeutic benefit of raw marijuana is still unclear.

Weed has been consumed in various forms throughout history for both medicinal and recreational purposes. Though you can eat raw marijuana, it won’t have the same effects as marijuana that has been heated.

Marijuana has many medicinal benefits and has been used to treat various ailments throughout history.

Today, edible marijuana products have a number of uses in the medical field and are becoming a more popular, accepted natural treatment in clinical settings.

Medical cannabis products can legally be prescribed in countries around the world, including Italy, Spain, Germany, and parts of the United States.

THC is one of over 100 active compounds — known as cannabinoids — in marijuana.

THC is the compound responsible for the psychoactive properties of marijuana products, including edibles, that may induce feelings of euphoria and relaxation.

Other compounds in marijuana, such as CBD, have been shown to have pain- and anxiety-reducing properties.

The powerful combination of therapeutic compounds in this plant makes it a popular natural treatment that effectively reduces symptoms of and eases pain related to various conditions.

For example, edible marijuana products, such as oils, tinctures, pills, and gummies, are prescribed to treat poor appetite, pain, and weight loss in people who have cancer.

In fact, pharmaceutical companies manufacture oral preparations of marijuana-derived treatments, such as Sativex, which is an oral spray prescribed to treat pain and muscle spasticity.

Though edible marijuana products are prescribed and used to treat many other ailments, such as digestive and neurological disorders, high-quality research in these areas is lacking.

Therefore, the full therapeutic potential of marijuana is still unknown.

Edible marijuana is used to treat symptoms related to various medical conditions, such as cancer and chronic pain. However, high-quality studies are lacking, so the full effects of marijuana products on health are still unclear.

Other effects of raw weed

Despite the lack of high from the carboxylated forms of THC, researchers are interested in the possible therapeutic effects of raw weed. These potential benefits may include:

One study in the British Journal of PharmacologyTrusted Source demonstrated that THCA might have a protective effect on brain cells.

These findings may be important for experts in neuroinflammatory diseases and neurodegenerative conditions such as Huntington’s disease. THC may be an interesting therapeutic option in these cases.

Another study, this time in the journal International Immunopharmacology Trusted Source, also tested the effects of unheated cannabis extract.

The researchers note that THCA was able to inhibit the tumor necrosis factor alpha levels in immune cells. Furthermore, this inhibition lasted for a long time.

Further studies will be necessary to confirm the effects of THCA on the immune system and its applications in immune conditions.

Researchers are also interested in the possible antinausea effect of THCA.

In another study in the British Journal of PharmacologyTrusted Source, researchers explored the antinausea effect of THCA in rats. The researchers demonstrated that it was effective in reducing nausea and vomiting.

They suggest that THCA may be a more potent alternative to THC in the treatment of nausea and vomiting. Further studies are necessary to find out whether or not these effects also occur in humans.