Is marijuana good for you? 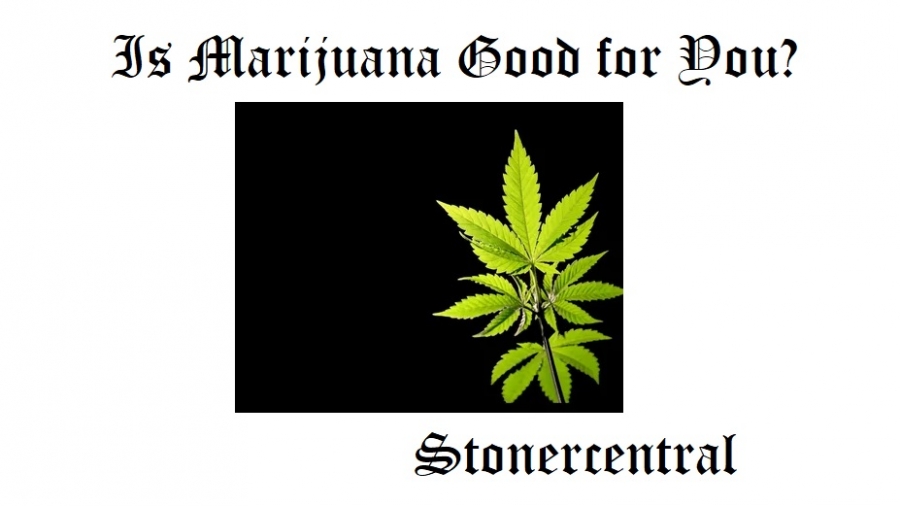 There are few subjects that can stir up stronger emotions among doctors, scientists, researchers, policy makers, and the public than medical marijuana. Is it safe? Should it be legal? Decriminalized? Has its effectiveness been proven? What conditions is it useful for? Is it addictive? How do we keep it out of the hands of teenagers? Is it really the “wonder drug” that people claim it is? Is medical marijuana just a ploy to legalize marijuana in general?

These are just a few of the excellent questions around this subject, questions that I am going to studiously avoid so we can focus on two specific areas: why do patients find it useful, and how can they discuss it with their doctor?

Marijuana without the high

Least controversial is the extract from the hemp plant known as CBD (which stands for cannabidiol) because this component of marijuana has little, if any, intoxicating properties. Marijuana itself has more than 100 active components. THC (which stands for tetrahydrocannabinol) is the chemical that causes the “high” that goes along with marijuana consumption. CBD-dominant strains have little or no THC, so patients report very little if any alteration in consciousness.

Patients do, however, report many benefits of CBD, from relieving insomnia, anxiety, spasticity, and pain to treating potentially life-threatening conditions such as epilepsy. One particular form of childhood epilepsy called Dravet syndrome is almost impossible to control but responds dramatically to a CBD-dominant strain of marijuana called Charlotte’s Web. The videos of this are dramatic.

The most common use for medical marijuana in the United States is for pain control. While marijuana isn’t strong enough for severe pain (for example, post-surgical pain or a broken bone), it is quite effective for the chronic pain that plagues millions of Americans, especially as they age. Part of its allure is that it is clearly safer than opiates (it is impossible to overdose on and far less addictive) and it can take the place of NSAIDs such as Advil or Aleve, if people can’t take them due to problems with their kidneys or ulcers or GERD.

In particular, marijuana appears to ease the pain of multiple sclerosis, and nerve pain in general. This is an area where few other options exist, and those that do, such as Neurontin, Lyrica, or opiates are highly sedating. Patients claim that marijuana allows them to resume their previous activities without feeling completely out of it and disengaged.

Along these lines, marijuana is said to be a fantastic muscle relaxant, and people swear by its ability to lessen tremors in Parkinson’s disease. I have also heard of its use quite successfully for fibromyalgia, endometriosis, interstitial cystitis, and most other conditions where the final common pathway is chronic pain.

Marijuana is also used to manage nausea and weight loss and can be used to treat glaucoma. A highly promising area of research is its use for PTSD in veterans who are returning from combat zones. Many veterans and their therapists report drastic improvement and clamor for more studies, and for a loosening of governmental restrictions on its study. Medical marijuana is also reported to help patients suffering from pain and wasting syndrome associated with HIV, as well as irritable bowel syndrome and Crohn’s disease.

This is not intended to be an inclusive list, but rather to give a brief survey of the types of conditions for which medical marijuana can provide relief. As with all remedies, claims of effectiveness should be critically evaluated and treated with caution.

Much like tobacco smoke, cannabis smoke is made up of a variety of toxic chemicals, including ammonia and hydrogen cyanide, which can irritate your bronchial passages and lungs.

If you’re a regular smoker, you’re more likely to wheeze, cough, and produce phlegm. You’re also at an increased risk of bronchitis and lung infections. Cannabis may aggravate existing respiratory illnesses, such as asthma and cystic fibrosis.

Cannabis and COPD: Is there a link?

Cannabis smoke contains carcinogens, which could theoretically increase your risk of lung cancer.

However, according to the National Institute of Drug Abuse (NIDA), there is no conclusive evidence that cannabis smoke causes lung cancer. More research is needed.

THC moves from your lungs into your bloodstream and throughout your body. Within minutes, your heart rate may increase by 20 to 50 beats per minute. That rapid heart rate can continue for up to 3 hours.

This places extra oxygen demand on your heart. If you have heart disease, this could raise your risk for a heart attack.

One of the telltale signs of recent cannabis use is bloodshot eyes. The eyes look red because cannabis causes blood vessels to expand and fill with more blood.

THC can also lower pressure in the eyes, which can ease symptoms of glaucoma for a few hours. More research is needed to understand whether THC can offer long-term benefits for glaucoma.

What’s the impact of cannabis on health?

The effects of cannabis extend throughout the central nervous system (CNS). Cannabis is thought to ease pain and inflammation and help control spasms and seizures. Still, there are potential long-term negative effects on the CNS to consider.

THC triggers your brain to release large amounts of dopamine, a naturally occurring “feel good” chemical. It’s what gives you a pleasant high. It may heighten your sensory perception and your perception of time.

Symptoms of cannabis withdrawal may include:

In the hippocampus, THC changes the way you process information, so your judgment may be impaired. The hippocampus is responsible for memory, so it may also be difficult to form new memories when you’re high.

Changes also take place in the cerebellum and basal ganglia. These brain areas play roles in movement and balance. Cannabis may alter your balance, coordination, and reflex response. All those changes mean that it’s not safe to drive.

Very large doses of cannabis or high concentrations of THC can cause hallucinations or delusions. According to the NIDA, there may be an association between cannabis use and some mental health conditions like depression and anxiety.

You may want to avoid cannabis if you have schizophrenia or a family history of schizophrenia. Cannabis may make symptoms worse or increase the chances of developing the condition in people who have a genetic predisposition.

When you come down from the high, you may feel tired or a bit depressed. In some people, cannabis can cause anxiety.

In people younger than 25 years, whose brains haven’t yet fully developed, long-term cannabis use can have a lasting detrimental impact on thinking and memory processes.

Using cannabis during pregnancy can also affect the developing baby. The child may have trouble with memory, concentration, and problem-solving skills.

As mentioned earlier, federal prohibition has made research into the effects of cannabis largely observational, which can only detect correlation and not causation.

Moreover, these studies were generally looking at unregulated, illegal cannabis, and scientists don’t know whether legal cannabis regulated by states has different effects.

Smoking cannabis can cause some stinging or burning in your mouth and throat while you’re inhaling.

An increase in your appetite is common when taking any form of THC, leading to what many people call “the munchies.”

This can be a benefit for people who need to gain weight or increase appetite, such as people with cancer receiving chemotherapy.

For others who are looking to lose weight, this effect could be considered a disadvantage, although epidemiological studiesTrusted Source suggest cannabis users don’t have increased risk for diabetes or obesity compared with nonusers.

StudiesTrusted Source involving animals have shown that THC may adversely affect the immune system by suppressing it.

This could theoretically make you more susceptible to infectious diseases. However, for people with autoimmune conditions who have an overactive immune system, this may be a benefit.

Further research, and research in humans, is needed to fully understand the effects.

Talking with your doctor

Many patients find themselves in the situation of wanting to learn more about medical marijuana, but feel embarrassed to bring this up with their doctor. This is in part because the medical community has been, as a whole, overly dismissive of this issue. Doctors are now playing catch-up and trying to keep ahead of their patients’ knowledge on this issue. Other patients are already using medical marijuana, but don’t know how to tell their doctors about this for fear of being chided or criticized.

My advice for patients is to be entirely open and honest with your physicians and to have high expectations of them. Tell them that you consider this to be part of your care and that you expect them to be educated about it, and to be able to at least point you in the direction of the information you need.

My advice for doctors is that whether you are pro, neutral, or against medical marijuana, patients are embracing it, and although we don’t have rigorous studies and “gold standard” proof of the benefits and risks of medical marijuana, we need to learn about it, be open-minded, and above all, be non-judgmental. Otherwise, our patients will seek out other, less reliable sources of information; they will continue to use it, they just won’t tell us, and there will be that much less trust and strength in our doctor-patient relationship. I often hear complaints from other doctors that there isn’t adequate evidence to recommend medical marijuana, but there is even less scientific evidence for sticking our heads in the sand.