Is marijuana good for pain relief 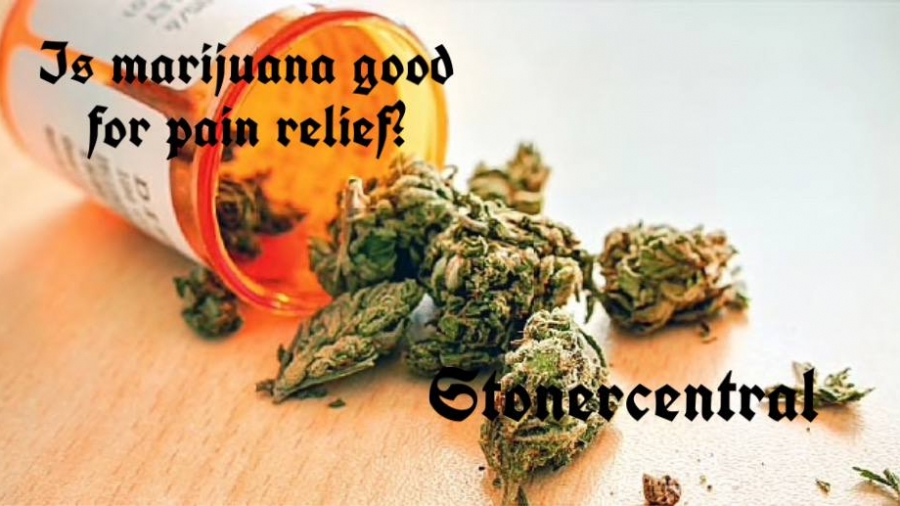 But, that was before her knee arthritis became so bad, it robbed her sleep, night after night. She took two over-the-counter pain pills a day, but the pain would wake her up at night. And the drugs were hard on her stomach.

“It was making me kind of nauseous,” she says of the nonsteroidal anti-inflammatories. Plus, she needed to stay active to manage her dog boarding service in Pasadena, CA.

Then came another solution. “A neighbor said, ‘Try this,’ ” Callner says. It was a joint.

Callner got a medical marijuana card, and then she tried it. “I slept through the night.”

That was a year ago, and it’s now her nightly ritual. “Every night, I get into bed, read about an hour, take one or two puffs, and then I am off to sleep,” she says. “The pain is much lighter.”

About 50 million Americans like Callner live with chronic or severe pain. Patients and doctors are seeking treatments besides the potent prescription painkillers like opioids and the nonprescription medicines that Callner found tough to tolerate.

So could marijuana be the next pain reliever of choice?

Donald Abrams, MD, a professor of clinical medicine at the University of California, San Francisco, helped review research on marijuana for a 2017 report from the U.S. National Academies of Sciences, Engineering, and Medicine.

There is a lack of evidence about the health effects of marijuana, he says.

Adds Angela Bryan, PhD, professor of psychology and neuroscience at the University of Colorado, Boulder: “The evidence we have thus far suggests that cannabis is moderately effective for pain relief.” But most studies haven’t compared marijuana with other ways to relieve pain, she says.

Cannabis is the scientific name for the marijuana plant. Researchers prefer to use “cannabis” instead of “marijuana” because marijuana is associated with recreational use, Abrams says.

Why the lack of evidence from research in the U.S.?

Although medical marijuana in some form is legal in 30 states and Washington, D.C., it’s still illegal on the federal level. It’s classified as a Schedule I drug — putting it in the same category as other drugs of “high potential for abuse” that have ”no currently accepted medical use,” such as heroin and LSD.

That means federal rules put limits on what researchers can do.

“In the state of Colorado [which allows medical and adult private use], I can go to any dispensary and buy whatever I want to treat whatever I want,” says Bryan, who’s also co-director of the CU Change Lab, which explores health and risk behavior. “You would think that means researchers can, too. The problem is, researchers are in a federal institution [at the University of Colorado]. If we do anything in violation of federal law, we could have all federal funding withdrawn.”

Bryan’s team has grants for four research studies on marijuana, including one on lower back pain. Participants come to the university for their initial assessment, but then must go to the dispensary on their own to buy the marijuana, she says. Declassifying marijuana as a Schedule I drug would make her research easier, Bryan says, or at least as easy as alcohol research.

“If I want to do a study on alcohol, I bring someone in, give them wine, get blood [samples], and see what happens when they use alcohol.”

Bryan says she could use marijuana supplied by the government. The Drug Enforcement Administration (DEA) issued a license to the University of Mississippi to cultivate marijuana for research. The marijuana from dispensaries is different and more potent  than that supplied by the National Institute on Drug Abuse farm, she says.

Patient groups, including those for veterans, are among those pushing for more research. Nick Etten, a former Navy SEAL, founded the Veterans Cannabis Project in 2017. “We are bringing stories to the Hill,” he says, ”of veterans who have found relief from their health issues through cannabis.” He reaches out to individual U.S. legislators, he says, to elevate marijuana as a health issue and to persuade them to declassify marijuana.

In 2016, the National Football League Players Association created a pain management committee to study ways to help players deal with injuries and chronic pain, says Brandon Parker, a spokesman. “Marijuana is just one of several alternative pain relievers being studied by the committee,” he says.

Cannabinoids are one of more than 60 chemicals in the cannabis plant. Abrams says it makes sense that marijuana may help relieve pain because the body has cannabinoid receptors, or places where the chemical attaches to cells.

Here is a sampling of research or reviews published in the past year:

Experts also saw potential downsides to marijuana. The European Academy report found that marijuana use may:

Smoking marijuana is also linked to delivering a lower birth weight baby, although the relationship with other pregnancy and childhood outcomes is not clear, the report says.

Abrams says marijuana can raise heart rate and either raise or lower blood pressure. Frail older people with balance issues have a risk of dizziness and falling.

Some research suggests that marijuana could take the place of opioids. Two recent studies found that states with medical marijuana laws or legalized recreational use may have a decline in opioid prescriptions.

In another study, researchers polled nearly 3,000 medical marijuana patients, including about a third who said they had used opioid pain medicines in the past 6 months. Most said the marijuana provided relief equal to their other medications, but without the side effects. While 97% said they were able to lower the amount of opioids they took if they also took marijuana, 81% said that taking marijuana alone was more effective than using both marijuana and opioids.

That finding makes sense to Alex Jordan, 29, an artist who works at the Green Valley Collective, a marijuana dispensary in the Los Angeles area. She manages her chronic pain with daily use of marijuana joints and products that contain cannabidiol (CBD), a cannabinoid.

Her experience helps her guide her customers, who range from young adults to those over age 80, to an effective remedy. “I would say 60% of our users use [marijuana] to manage some kind of pain, whether it be physical or mental,” she says.

Without it, her pain is severe — usually a 4 to 7 on a 10-point scale, she says. It started after she was in a car accident in 2011. The van she was riding in hit black ice and flipped seven times. The accident left her with a broken sternum (breastbone), six broken ribs, six crushed vertebrae, and collapsed lungs, making breathing difficult. Morphine helped relieve the pain in the hospital. Later, she says, “I could get any pill I wanted” for pain relief. She wore a neck brace for 2 months and a back brace for 6, but the pain persisted.

She wanted off the potent painkillers and had used marijuana recreationally in years past. She experimented with different options until she found her current regimen. And to make access easier, she and her husband moved from New York City to Los Angeles, where recreational marijuana is legal, last year. Before the move, the pain had gotten so bad, she had trouble putting on a shirt. These days, she’s working regularly and branching out as a freelance artist.

“The lack of pain is a wonderful thing,” she says. “It brings me to tears.”