Is Marijuana Considered a Controlled Substance 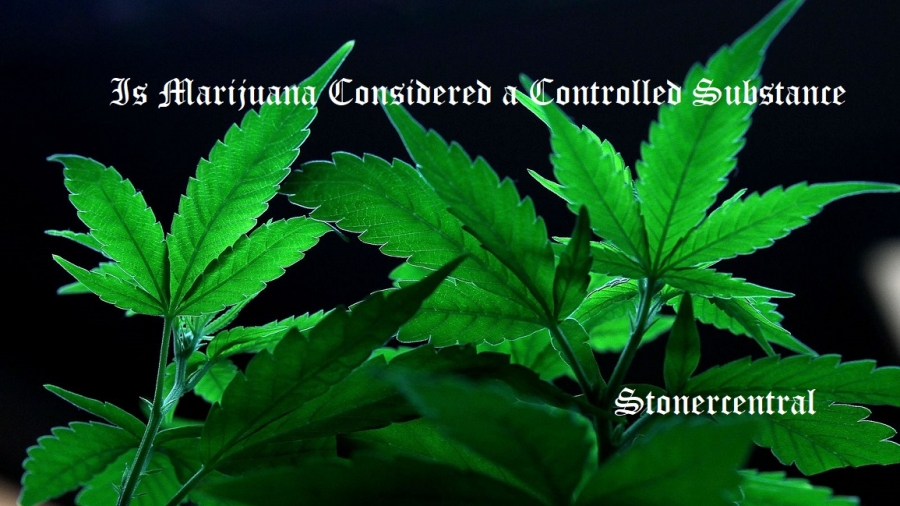 The Controlled Substances Act (CSA) is a law that regulates how drugs may be used, produced and sold in the United States. It applies to both legal and illegal substances.

Both the Drug Enforcement Agency (DEA) and the Food and Drug Administration (FDA) are granted power to classify substances under the CSA.

The Controlled Substances Act outlines the drug scheduling system, which lays out five classes of drugs with different regulations for each class.

The CSA places allowances and restrictions on drugs with regards to:

Alcohol and tobacco products are not regulated under the CSA.

The DEA uses drug scheduling as a rating system to determine which drugs have a higher potential for abuse. The agency also uses scheduling to determine the charges brought upon those in possession of drugs.

These substances have no defined medicinal purposes, have a lack of accepted safety for use under medical supervision, and have the highest potential for abuse.

Schedule I drugs include:

Although schedule II substances have a high potential for abuse, they have an accepted medical purpose in some circumstances. Most of these drugs have strict guidelines regarding their medicinal purposes.

Cocaine (when used as an anesthetic)|

Drugs under this schedule are those with a moderate to low abuse potential (lower than Schedule I and II), a currently accepted medical use, a low to moderate potential for physical or psychological dependence. Anabolic steroids and testosterone are among the drugs that fall in this category. Codeine is one of the most commonly abused schedule III drugs with addictive and intoxicating qualities. Other examples include Buprenorphine and Ketamine.

These drugs are considered by the DEA to have an accepted medical use and a lower potential of abuse compared to Schedule III substances.

These substances have the lowest potential for abuse according to the DEA. Prescriptions to control conditions like irritable bowel syndrome and fibromyalgia are among those considered schedule V. Robitussin AC, a cough suppressant with very low amounts of codeine, is also a schedule V substance.

Proposed Changes to the CSA

Advocates of drug safety debate whether the CSA classifications actually prevent drug use. Opioid painkillers and marijuana are the most frequently discussed drugs in the CSA debate.

There are many people who advocate for either increasing or decreasing the schedule of painkillers. There are groups that are concerned about the powerfully addictive nature of painkillers and others concerned it may be too hard for people who need pain relief to get the drug.

Advocates of increasing the schedule of drugs like hydrocodone often point to the epidemic of painkiller addictions and the rise in “pill mills” throughout the 2000’s.

These advocates were successful in lobbying for hydrocodone to move from a schedule III to a schedule II substance in 2014.

Despite the debates, it is important to recognize the addictive quality of marijuana.

When marijuana’s classification comes under review, its schedule 1 status is consistently maintained due to insufficient scientific evidence of its medical value.

Specifically, the scientific evidence available for marijuana doesn’t pass the threshold required by federal agencies to acknowledge a drug’s potential as medicine. No studies proved the drug’s medical efficacy in controlled, large-scale clinical environments. No studies established adequate safety protocols for marijuana. And marijuana’s full chemical structure has never been characterized and analyzed.

There have been some studies showing marijuana has medical benefits, particularly for pain and muscle stiffness. But these studies haven’t been large enough to meet the threshold the DEA and other federal agencies, such as the FDA, require to prove a drug has medical value — by proving its worth in controlled, large-scale clinical trials.

But one reason there isn’t enough scientific evidence to change marijuana’s schedule 1 status might be, in fact, the drug’s schedule 1 status. The DEA restricts how much marijuana can go to research. To obtain legal marijuana supplies for studies, researchers must get their studies approved by HHS, the FDA, and the DEA.

Changing marijuana’s schedule, in other words, is a bit of a Catch-22. There needs to be a certain level of scientific research that proves marijuana has medical value, but the federal government’s restrictions make it difficult to conduct that research.

To address those issues, the DEA hopes to allow much more research into pot in other ways. For one, it’s increased the amount of pot grown for research over the past few years, and it plans to continue doing so. Crucially, it also plans to let more people and facilities grow marijuana for studies — aside from University of Mississippi, the only federally legal grower right now.

That could significantly open up research access to pot — including potentially higher-quality marijuana and different strains of the drug, which the University of Mississippi doesn’t currently meet demands for. But the effects of the changes remain to be seen.

While a reclassification would be a symbolic win for legalization advocates, Kleiman says it wouldn’t have much practical effect. Schedule 2 substances typically require a prescription to be distributed, and the state-legal marijuana dispensaries and retail outlets don’t work through traditional prescriptions (they distribute “recommendations” for medical marijuana) — so even rescheduling may not open up access. (Cocaine and meth are schedule 2, and they’re definitely not easily legally available, after all.)

Still, if the federal government acknowledged pot’s medical value through a schedule 2 classification, advocates hoped it would make federal agencies far more receptive to paying for and approving medical research into pot. But the DEA hopes its other steps will unlock far more research instead.

There would be some effects on policy, such as allowing state-legal marijuana business to deduct certain taxes, if marijuana was reclassified to schedule 3 or lower. But that’s extremely unlikely: Schedule 3 and lower drugs need to have some medical value and not meet criteria for “high potential for abuse.” Since marijuana is widely used recreationally, it’s a lock-in for “high potential for abuse,” keeping it at schedule 1 or 2.