How was marijuana first discovered? 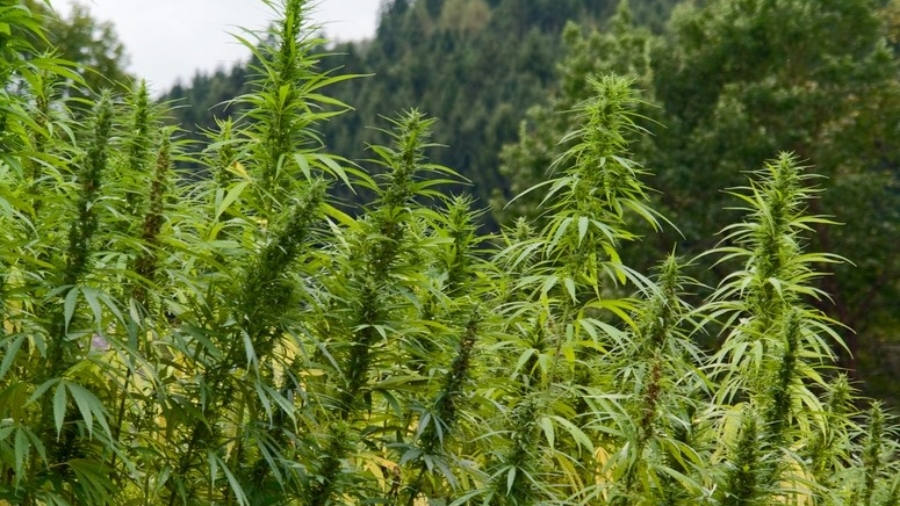 You smell it, smoke it, and cook with it. But where did cannabis come from and how did this miraculous plant migrate across the globe and leave such a psychedelic presence? Cannabis history has traveled a long and diverse road around the world.

From central Asia to Spain to Morocco to the Middle East, we trailed alongside the hazy clouds of smoke following the plant from its native roots to identify the story of cannabis origin and how many cultures integrated the plant into everyday life.

The marijuana plant originated in Central Asia and spread quickly throughout the world.

The history of marijuana closely follows migration patterns, conquests, and trade routes and has experienced varying degrees of acceptance and use throughout history. The plant originated in Central Asia and spread quickly throughout the world.

Prior to domestication, the presence of cannabis in Mongolia, southern Siberia, the Huang He River valley, the Hindu Kush Mountains, South Asia, and Afghanistan fluctuated based on the movement of Pleistocene glaciers. Cannabis is a sun-loving plant and the cold conditions combined with the towering icy shadows cast by these glaciers prevented cannabis from thriving.

When was marijuana discovered?

One of the earliest documented uses of ancient cannabis was hemp rope in the Czech Republic that dates back to 2900 BC. The first documented use of marijuana in ancient times as an anesthetic dates back to 4000 BC. The Siberian Pazyryk tribes consumed cannabis seeds for their nutritious qualities and burned them during burial ceremonies, as evidenced by their presence in burial mounds dating back to 3000 BC. Yanghai Tombs in Xinjiang’s Turpan Basin, which date back to 2500 BC, also contained mummified cannabis.

The first case of cannabis consumption is attributed to the Chinese herbalist, Emperor Shen Nung. Around 2700 BC he categorized more than 365 medicinal herbs, many of which are still used in Eastern medicine today. His documents on cannabis show the plant as a remedy for rheumatism, malaria, gout, and more. Around 2000 BC cannabis emerged in Korea and Japan by way of China.

How long has marijuana been around?

Scythians, nomadic Indo-Europeans known to have cultivated cannabis for rituals and burial customs, introduced the plant to Iran and Anatolia between 2000 and 1400 BC as they roamed the Altai Mountains. These mountains later became part of the Silk Road, a vast, ancient network of trade routes that connected the eastern and western parts of civilization from the Korean Peninsula to the Mediterranean Sea. The Scythians used cannabis in numerous social rituals that were documented by the Greek historian, Herodotus. As the Silk Road began to formally take shape, cannabis was quickly introduced to Greece, Egypt, and Africa. The tomb of Ramses II contained cannabis pollen, and numerous mummies have been found to have trace amounts of cannabinoids, indicating the plant has been around since at least Egypt’s 19th dynasty, or around 1292 BC.

The Scythians are also believed to have been responsible for cannabis’ introduction to Russia and Ukraine during various occupations. As early as 3000 BC the plant spread to Eastern Europe. Burned cannabis seeds have been discovered in archaeological sites from Finland to Bulgaria, and hemp seeds can be found in traditional Lithuanian and Polish recipes.

India has many long-standing traditions that involve the consumption of cannabis in a drink called “bhang,” a tea mixed with milk. There is documentation of people in India having smoked resin and yogis smoking cannabis mixed with tobacco to increase the effectiveness of meditation. In Sanskrit Vedic poetry cannabis is repeatedly described as an herb that relieves anxiety. Since at least 1400 BC cannabis has been considered sacred to the Hindu culture.

Cannabis seeds were discovered in the ruins of Pompeii, the city frozen by volcanic ash in 79 AD.

Cannabis played a large role in the Greco-Roman cultures as a source of both fiber and as an intoxicant. Cannabis seeds were discovered in the ruins of Pompeii, the city frozen by volcanic ash in 79 AD. Greek rhetorician Athenaeus made note of hemp being used to make rope between 170 and 230 AD, and Roman writer Lucilius cites hemp as a source of sails and canvas.

Cannabis arrived in Spain after the Moorish invasion in the 8th century and Morocco remains one of the world’s largest producers of hashish, a potent cannabis concentrate.

By the 13th century hashish had become widely used for recreational and religious purposes in the Middle East as well, leading to an eventual crackdown by the governor of Cairo at the time. Also around the 13th century cannabis was introduced to Eastern Africa through Egypt, and to Ethiopia by way of trade merchants.

Cannabis’ expansion throughout Africa closely followed Muslim migration throughout the continent, gradually making its way to the Bantu speakers. It then moved into the Zambezi River valley, where it was already in use in 1531 when the Portuguese arrived in the region. Southern Africans have been consuming cannabis, called “dagga,” for at least 500 years.

Cannabis provided an important opportunity for trade with the Dutch, whose use of the herb dates back to at least the 1600s. It was also commonly used by Tswana, Zulu, Sotho, and Swazi peoples at that time. During British rule in the 1800s, Indian indentured servants living in South Africa widely used cannabis. Anthropologists in the Congo and Ituri rainforest noted cannabis use among native tribes. In West Africa, cannabis use was uncommon until World War II, when British and French soldiers stationed there introduced the plant.

Spaniards brought cannabis to the Americas in the mid-1500s, where it was grown on North American plantations for rope, paper, and other fiber-based products. Jamestown settlers even imposed fines on those who didn’t produce hemp in the early 1600s. Both George Washington and Thomas Jefferson grew hemp.

By the time the modern civilized world developed, cannabis had spread far and wide, thanks to traders, missionaries, nomadic tribes, and world leaders trying to capitalize on its value. Cannabis enjoyed widespread global acceptance until the early 1800s.