How to Hide Your High Eyes 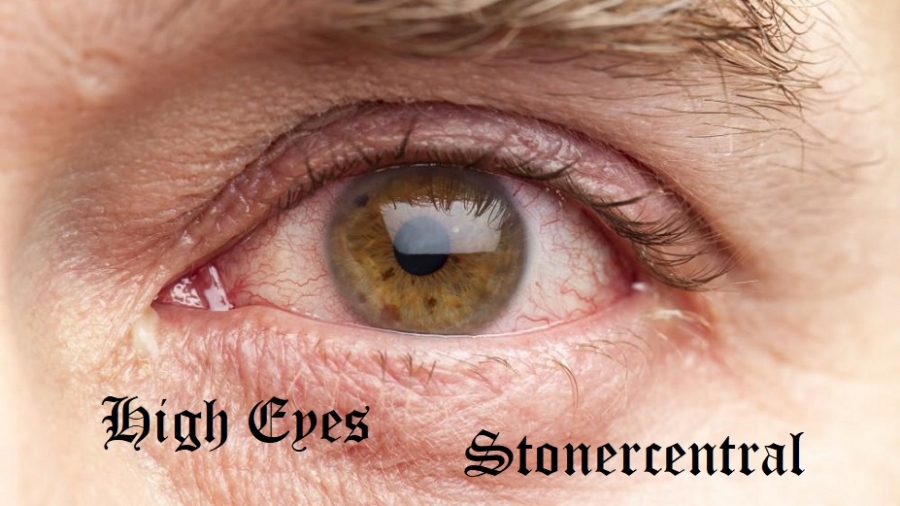 Okay, so you’re high and afraid everyone is on to you. The good news is that it’s probably not true. Nevertheless, if you need to mask your high, there are a few things you need to remember: you smell like weed, your eyes are barely opened and you’ve been laughing at the spider in the corner for over a minute. Let’s take care of that!

After consuming a cannabis-based product (flower, concentrate, edible, etc.), users generally experience an increase in heart rate and blood pressure. This effect is due to the plant’s cannabinoids, which are chemical compounds responsible for some of the therapeutic and medicinal benefits of cannabis, and their initial interaction with the body. This rise in blood pressure and heart rate is comparable to normal physical activities like exercise or sex.

In fact, according to Dr. Melanie Bone, a board-certified OB-GYN who practices in West Palm Beach, Florida, “It’s cannabis’ ability to reduce intraocular pressure in the eyes that makes it a potentially viable treatment for glaucoma, a group of eye disorders that causes damage to the optic nerves which can eventually lead to blindness. It also happens to explain why your eyes become bloodshot after smoking cannabis.”

Evidence that the THC found in cannabis can lower intraocular pressure (IOP) is a major reason why many glaucoma patients have attempted to use medical marijuana to treat and relieve symptoms of the disease. It’s important to know that some studies have contradicted or added a caveat to the claim that cannabis is beneficial for glaucoma. For instance, a 2018 study conducted at Indiana University found that cannabidiol (CBD), the non-intoxicating cannabinoid found in marijuana, could potentially worsen the condition by increasing eye pressure. More research into the use of cannabis for glaucoma treatment is needed.

There’s a lot you can do to remove, or at least hide, the odor of burnt marijuana. To rid clothing of the smell, for example, you can use cologne, perfume, Fabreeze or spray-on deodorant. Don’t overdo it, though. If you only use these products after you’ve smoked cannabis, people will start to associate the smell of Ax Body Spray with you being stoned.

Your hands will also likely reek of weed, as will your breath, so remember to use lotions and mints when you’re on the go and brush your teeth whenever possible to freshen your breath and help avoid staining.

If you need to hide the smell of weed in the air, consider using fans, candles or air purifiers. You can also make a “doob tube” prior to your smoke session by stuffing a toilet paper or cardboard tube with dryer sheets. To use it, just blow the smoke through the tube to make it smell like laundry day instead of 4:20.

Using cannabis can cause inner eye pressure to drop, resulting in an expansion of blood vessels throughout the eye (or red/bloodshot eyes). Though this is great for glaucoma sufferers, it can be a pretty big nuisance for those of us who just want to get high without getting hassled. Fortunately, red eyes can quickly be tamed with a little Visine or other whitening eye drops (which contain special chemicals to reduce blood vessel size). Be warned, though, over use of these products can cause you to develop a tolerance and may even lead to rebound hyperemia, or chronic red-eye.

Now that the red is out, stop squinting! This happens because marijuana dilates your pupils making your eyes more sensitive to light, but can be a dead giveaway that you’ve been smoking some herb, too. One option is to wear sunglasses on your next adventure, but that, too, can be an obvious tell. The best thing you can do to stop squinting after smoking marijuana is to practice not squinting (alone) so that you’ll be prepared your next timeout.

You can take all the right steps to remove the appearance of being stoned, but if you’re still acting high, it could all be for nothing. Here are some of the most common things you could do that might give away the fact that you’re high and what you might do to help.

Being stoned is a lot like having a little comedian in your head commenting on everything around you. And, even though this comic is probably hilarious, the rest of us who aren’t in on the joke might get a little suspicious of your sunny take on life. If you’re high and in public, try to keep your giggles to a minimum.

The human brain craves efficiency and the storage of memories is no different. We can only remember things that our hippocampus deems important in order to facilitate a more streamline thinking process. When THC interacts with the hippocampus, it essentially hijacks the memory-making process making it much more likely that you will forget your thought mid-sentence. You can lessen the likelihood of forgetting things when you’re high by practicing memory games and visualizing your thought process.

Marijuana use causes divergent thinking, or the ability to make far-reaching connections out of seemingly unrelated concepts. Though this is no doubt the reason so many artists and creative thinkers credit cannabis for their work, it also a common sign of a freshly-baked brain. If you’re trying to hide your high, consider keeping your deep thoughts in a journal instead of on your lips.

Not only does food taste better when we’re stoned, but the pain of a full tummy seems to elude us, too. Food cravings are powerful when high and can be a sure sign of a recent smoke session, too. Avoid overeating when you’re high by consuming a small snack prior to smoking then drink plenty of water to stave off cravings for the next few hours.

Strong indica strains have a deep effect on the body, making the idea of exercise alone seem exhausting. But if you want the people around you to believe you’re not stoned, you’ll probably have to do it anyway. It doesn’t have to be much, must a little movement to get your blood pumping. Plus, you’ll feel so much better after you get off of the couch for a while, I swear.

Being high is awesome, but sometimes it’s better to keep a high under wraps. A last-minute trip to the bank or visit with the in-laws, for example, might best be handled under the guise of a straight head. Fortunately, there are a few things you can do to reduce the appearance of being stoned. Use these tips to hide your high so that you get through your next encounter unscathed.