Can you get high from smelling weed in a bag? 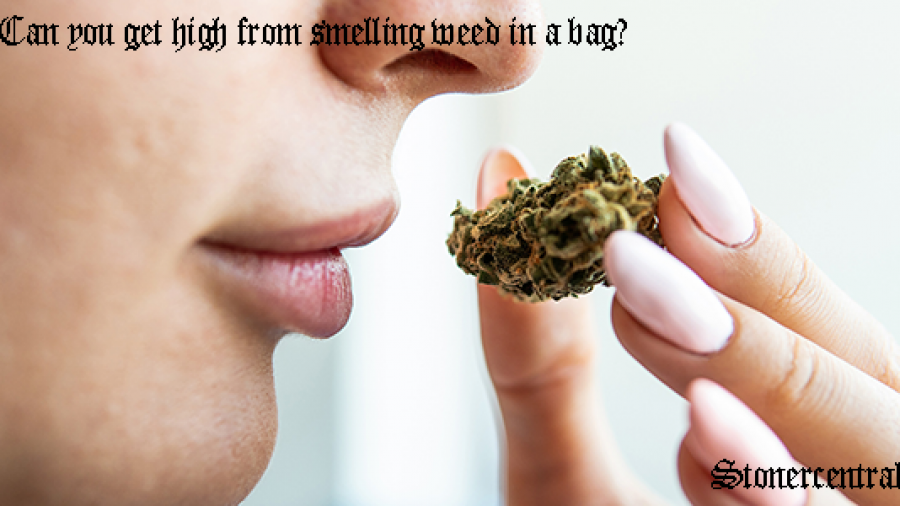 Marijuana smoke is created whenever someone burns the leaves, flowers, stems, or seeds of the cannabis plant. Marijuana is used by an average of 26 million Americans per month. It’s been studied for some medical uses.

But despite marijuana’s prevalence, its safety is sometimes in dispute. Smoking it, or being near someone else who is smoking it, does cause side effects.

Marijuana contains a chemical called THC, which can block pain and bring on a feeling of relaxation to people who breathe it in or consume it. Smoking weed has depressant, hallucinogenic, and stimulant effects. Inhaling THC can also impair your ability to concentrate and to operate a car.

Whenever you’re breathing in THC, it’s possible to get high. Effects of THC vary from person to person, as well as how much of the chemical you’re exposed to.

Is there such a thing as a contact high?

Drug test results can differ for people who are exposed to secondhand marijuana smoke and people who smoked marijuana.

In 2015, a small study of six smokers and six nonsmokers showed that marijuana smoked in highly concentrated quantities could trigger a positive urine drug test among people who were simply exposed to the smoke in an unventilated room.

However, ventilation during marijuana exposure, as well as how often exposure occurred, were critical factors in what the drug test result would be.

For example, smelling marijuana smoke in passing once in a while is a lot different from living with a habitual marijuana smoker who uses marijuana in your presence regularly.

Rather than stick nonsmokers in a closed, unventilated room for long smoking sessions, these study participants spent three hours in a coffee shop where other patrons were smoking marijuana cigarettes.

After their exposure to secondhand marijuana smoke, participants were tested for THC. While a trace amount of THC did show up in their blood and urine, it wasn’t enough to trigger a positive drug test result.

It was unlikely that any contact high was passed during this study.

With that being said, getting a contact high is possible.

Being near marijuana smoke often and in poorly ventilated areas (like a car with the windows rolled up or a small bedroom without a fan) may result in feeling a limited amount of the effects that the person smoking experiences.

But catching a whiff of marijuana fragrance through your apartment window or entering a room where people were smoking several hours ago is very unlikely (maybe even impossible) to affect you at all.

Can you get high if you enter a room full of weed smoke?

My answer is based on years of experience and a keen sense of empathy of those around me in any given situation. The answer is a hard “no”, as I have entered into a densely clouded “hotbox” situation on several occasions during periods of extended abstinence and found that, while the aroma suggests certain exposure, my reaction consisted of zero hallmarks of cannabis influence. I have observed several others in similar circumstances show none of the outward signs of cannabis influence as well, and I have never witnessed a not-stoned person show any signs of actual influence in such a situation.

Now, that’s not to say that you should throw caution to the wind if you have a critical reason for not testing positive, but I wouldn’t worry too much if you get exposed, likelyhood of testing positive approaches zero when controlled for frequency and saturation.