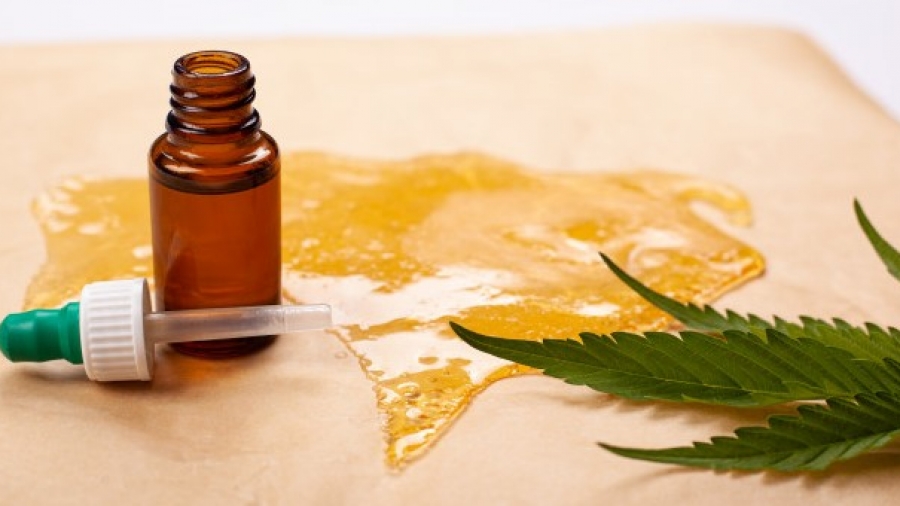 Marijuana plants contain a range of compounds, including cannabinoids, terpenes, and plant lipids. When producing a cannabis concentrate, depending on the final product, there will be certain compounds that are undesirable. Plant lipids, including fats and waxes, can have a detrimental effect on the flavor profile and aesthetic of a cannabis extract, and may contribute to a generally poor user experience.

As such, producers often seek to remove these compounds from cannabis products. Two popular methods for doing so are winterization and dewaxing. These processes differ but both rely on a polar solvent and cold temperatures to remove undesirable compounds.

In this feature, we take a closer look at winterization and dewaxing, including why they are necessary, how they may be carried out, and the benefits of one over the other.

What Is Marijuana Wax?

A form of hash oil concentrate that is created when a solvent is washed over cannabis plant matter, cannabis wax resembles ear wax, and though it may look aesthetically unappealing to some, it boasts some of the highest THC concentrations.

Why? Because Marijuana wax can contain up to 90% THC and provide you with a truly one-of-a-kind high. Wax can also be ideal if you suffer from a serious medical condition and are desperate for fast relief from your symptoms. Of course, cannabis wax can also be prohibitively expensive – it can cost as much $50 for a single gram from some dispensaries.

Similar to shatter, cannabis wax can boast cannabinoid concentrations of up to 80%. Unlike shatter, waxes aren’t translucent. This is mainly because they have been prepared in a way that agitates the molecules in the extract and produces cloudy, creamy and waxy final product.

Marijuana waxes are being sold under a variety of different names, such as honeycomb, crumble, and budder. The name depends on the consistency and texture of the specific wax.

WHAT ARE THE BENEFITS OF USING WAX?

As with all other types of BHO, cannabis waxes are great for users looking to get a powerful and immediate effect from cannabis.

Due to their high cannabinoid content, BHO concentrates allow recreational users to feel much more powerful effects than they would by smoking or vaping flower.

As it does taste a lot different than smoking and vaping cannabis many people like dabbing for the flavor as well.

BHO concentrates are criticised for a number of reasons.

Some stories of home explosions caused by amateur chemists trying to make hash oil at home have not helped the fact that there are growing (and justified) concerns about BHO. These concerns are about the safety of both producing and consuming a product made with such a volatile and potentially dangerous substance.

As there is still little regulation in place to ensure waxes and shatters have been correctly purged to ensure a clean and reliable product, there are also health concerns about consuming BHO.

The fact that these extracts contain up to 5 times more THC than regular flower also raises concerns about dosing and potentially “overdosing”. Luckily most people still believe that it is impossible to fatally overdose from any cannabis-derived product

While these are all legitimate concerns, we believe they could easily be resolved by legalization, regulation and providing good information. This way both users and non-users can rest assured that the concentrates going around are safe and reliable, both in their production and consumption.

So if you are planning to try out concentrates, make sure to be well informed and be careful. It can be surprisingly strong.

Why winterization and dewaxing are important

Cannabis concentrates remain popular and there is increasing demand for clean, pure products. The processes of winterization and dewaxing can help refine a product by offering the following benefits:

It’s worth noting that there have been concerns among the medical profession that lipids in cannabis products may contribute to immunosuppressive effects and cases of lipid pneumonia. This represents another obvious advantage to removing fats and waxes from the final product.

The level of lipids in a crude concentrate will depend on the method used to create it. For example, hydrocarbon extraction (which is used to make butane hash oil and other extracts) will pull a moderate amount of lipids from the plant, whereas carbon dioxide (CO2) extractions will draw out more. With ethanol extraction, different methods will yield varying results. A cold ethanol process will glean less fats and waxes while warm ethanol will pull more.

When deciding whether to winterize or dewax a product, an extractor will need to weigh up various factors, including the level of lipids in the concentrate (and how much benefit they will get from removing them) and how the extract will be consumed.

Winterization is used in the refinement of various types of products, including cannabis concentrates. It can be used to purify oils that have been produced through different types of extractions including those using ethanol, hydrocarbons, or CO2. It can also be used on other types of concentrates such as rosin.

The ultimate goal is to improve the quality and flavor of the extract by separating undesirable lipids from desirable components, such as cannabinoids and terpenes. The basic premise of winterization is that a cold solvent is used to solubilize the waxes which are then removed from the solution.

The cold temperature is required to separate compounds based on their different melting and precipitation points. The waxes and fats that have high melting points precipitate out of the solution. They can then be easily removed via some type of separation process. Filtration is most commonly used, but decantation or centrifugation can work too.

Here are the general steps involved in winterization:

The product of winterization is not always an oil and this step can be used in the processing of other concentrate forms such as crumble and shatter. Products might be referred to as having undergone the process, for example, “winterized oil” or “winterized shatter.”

Dewaxing is very similar to winterization, but it involves fewer steps and is directly linked to the extraction process. A key difference here is that all of these steps typically take place inside a closed system comprising multiple columns.

The first step is to wash the plant matter with a blast of hydrocarbon such as butane. The resulting extract is then chilled below -20°C degrees. The low temperature is critical with hydrocarbons to ensure desirable cannabinoids aren’t lost in the wash. Dry ice is often used for cooling, but a chiller allows for better temperature control and, as a result, a more consistent cannabinoid profile in the final product.

Once unwanted plant lipids have precipitated out, they are filtered from the solution. Finally, the butane or propane is removed by boiling.

Winterization versus dewaxing: which is best?

Winterization and dewaxing are similar methods for achieving the same general goal. That said, each has its pros and cons.

Winterization is simpler to carry out than dewaxing, but it commonly uses ethanol as the solvent. Purging of ethanol requires a higher temperature than the one needed for the removal of butane and propane (the solvents most commonly used in dewaxing). The higher temperatures could have a negative impact on the terpene profile and other properties of a cannabis concentrate.

Although, high temperatures can be avoided in winterization by using a rotary evaporator for the solvent purging step. With a rotovap setup, an extractor can use a rotating flask and adjust the pressure in a closed system, so that lower temperatures may be used to evaporate the solvent. This setup makes it easier to recover evaporated solvent as it’s collected in a flask. This can then be reused, resulting in large cost savings.

Dewaxing is typically carried out in a closed system, which reduces exposure to elements, such as air and light, that could have a detrimental effect on the overall profile of the extract.

Dewaxing is part of the extraction process, making it a more efficient method for removing unwanted lipids. That said, this type of operation requires specialized (and often expensive) equipment, making the process inaccessible to some producers.

Ultimately, which method an extractor chooses will depend on several factors, including the type of extract the desired final product, as well as what materials and equipment they have at their disposal.

The main disadvantages of cannabis wax relate to the dangers of making it, and also to its super-powerful effects. It is easy enough to get around the first issue, though — just don’t make it at home! In terms of the deleterious effects associated with overuse of marijuana wax – negative side effects can include hallucinations, unconsciousness, and extreme paranoia.