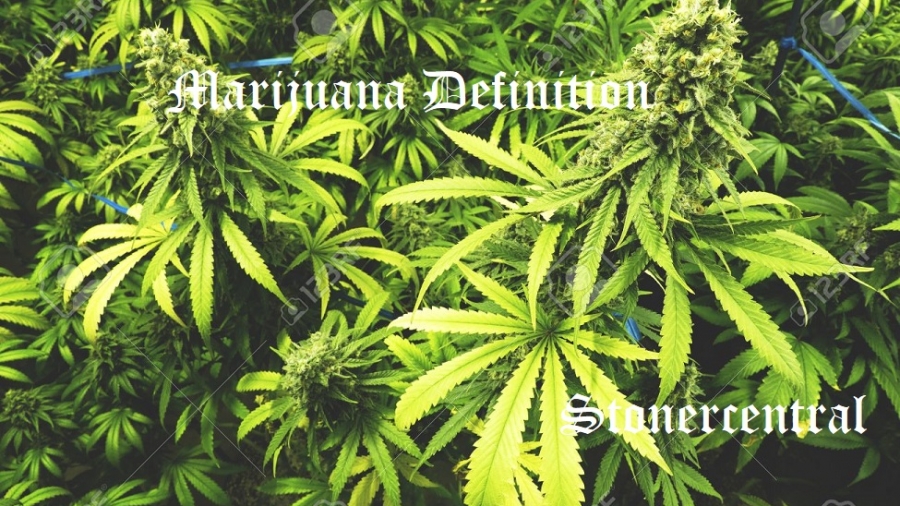 Cannabis, also known as marijuana among other names, is a psychoactive drug from the Cannabis plant used primarily for medical and recreational purposes. Tetrahydrocannabinol (THC) is the main psychoactive component of cannabis, which is one of the 483 known compounds in the plant, including at least 65 other cannabinoids, including cannabidiol (CBD). Cannabis can be used by smoking, vaporizing, within food, or as an extract.

Marijuana: A common street and recreational drug that comes from the marijuana plant: the hemp plant cannabis sativa. The pharmacologically active ingredient in marijuana is tetra-hydro-cannabinol (THC). Marijuana is used to heighten perception, affect mood, and relax. Many people think marijuana is harmless, but it is not. Signs of marijuana use include red eyes, lethargy, and uncoordinated body movements. The long-term effects may include decrease in motivation and harmful effects on the brain, heart, lungs, and reproductive system. People who smoke marijuana are also at increased risk of developing cancer of the head and neck. A pharmaceutical product, Marinol, that contains synthetic THC, is available as a prescription medication. It comes in the form of a pill (eliminating the harmful and cancer-causing chemicals present when marijuana is smoked) and is used to relieve the nausea and vomiting associated with chemotherapy for cancer patients and to treat loss of appetite in AIDS patients.

Cannabis has various mental and physical effects, which include euphoria, altered states of mind and sense of time, difficulty concentrating, impaired short-term memory and body movement, relaxation, and an increase in appetite. Onset of effects is felt within minutes when smoked, and about 30 to 60 minutes when cooked and eaten. The effects last for two to six hours, depending on the amount used. At high doses, mental effects can include anxiety, delusions (including ideas of reference), hallucinations, panic, paranoia, and psychosis. There is a strong relation between cannabis use and the risk of psychosis, though the direction of causality is debated. Physical effects include increased heart rate, difficulty breathing, nausea, and behavioral problems in children whose mothers used cannabis during pregnancy; short-term side effects may also include dry mouth and red eyes. Long-term adverse effects may include addiction, decreased mental ability in those who started regular use as adolescents, chronic coughing, and susceptibility to respiratory infections.

Cannabis is mostly used recreationally or as a medicinal drug, although it may also be used for spiritual purposes. In 2013, between 128 and 232 million people used cannabis (2.7% to 4.9% of the global population between the ages of 15 and 65). It is the most commonly used illegal drug in the world, though it is legal in some jurisdictions, with the highest use among adults (as of 2018) in Zambia, the United States, Canada, and Nigeria.

While cannabis plants have been grown since at least the 3rd millennium BCE, evidence suggests that it was being smoked for psychoactive effects at least 2,500 years ago in the Pamir Mountains; the earliest evidence found at a cemetery in what is today western China close to the tripoint with Tajikistan and Afghanistan. Since the early 20th century, cannabis has been subject to legal restrictions. The possession, use, and cultivation of cannabis is illegal in most countries of the world. In 2013, Uruguay became the first country to legalize recreational use of cannabis. Other countries to do so are Canada, Georgia, and South Africa, plus 17 states, 2 territories, and the District of Columbia in the United States (though the drug remains federally illegal). Medical use of cannabis, requiring the approval of a physician, has been legalized in a greater number of countries.

Medical cannabis, or medical marijuana, can refer to the use of cannabis and its cannabinoids to treat disease or improve symptoms; however, there is no single agreed-upon definition. The rigorous scientific study of cannabis as a medicine has been hampered by production restrictions and by the fact that it is classified as an illegal drug by many governments. There is limited evidence suggesting cannabis can be used to reduce nausea and vomiting during chemotherapy, to improve appetite in people with HIV/AIDS, or to treat chronic pain and muscle spasms. Its use for other medical applications is insufficient for drawing conclusions about safety or efficacy.

Short-term use increases the risk of both minor and major adverse effects. Common side effects include dizziness, feeling tired and vomiting. The long-term effects of cannabis are not clear. There are concerns surrounding memory and cognition problems, risk of addiction, risk of schizophrenia in young people, and the risk of children taking it by accident.

Cannabis has psychoactive and physiological effects when consumed. The immediate desired effects from consuming cannabis include relaxation and euphoria (the “high” or “stoned” feeling), a general alteration of conscious perception, increased awareness of sensation, increased libido and distortions in the perception of time and space. At higher doses, effects can include altered body image, auditory and/or visual illusions, pseudohallucinations and ataxia from selective impairment of polysynaptic reflexes.[citation needed] In some cases, cannabis can lead to dissociative states such as depersonalization and derealization.

Some immediate undesired side effects include a decrease in short-term memory, dry mouth, impaired motor skills and reddening of the eyes. Aside from a subjective change in perception and mood, the most common short-term physical and neurological effects include increased heart rate, increased appetite and consumption of food, lowered blood pressure, impairment of short-term and working memory, psychomotor coordination, and concentration. Some users may experience an episode of acute psychosis, which usually abates after six hours, but in rare instances, heavy users may find the symptoms continuing for many days.

A reduced quality of life is associated with heavy cannabis use, although the relationship is inconsistent and weaker than for tobacco and other substances. The direction of cause and effect, however, is unclear.

Cannabis has held sacred status in several religions and has served as an entheogen – a chemical substance used in religious, shamanic, or spiritual contexts – in the Indian subcontinent since the Vedic period dating back to approximately 1500 BCE, but perhaps as far back as 2000 BCE. There are several references in Greek mythology to a powerful drug that eliminated anguish and sorrow. Herodotus wrote about early ceremonial practices by the Scythians, thought to have occurred from the 5th to 2nd century BCE. In modern culture, the spiritual use of cannabis has been spread by the disciples of the Rastafari movement who use cannabis as a sacrament and as an aid to meditation. The earliest known reports regarding the sacred status of cannabis in the Indian subcontinent come from the Atharva Veda, estimated to have been composed sometime around 1400 BCE.