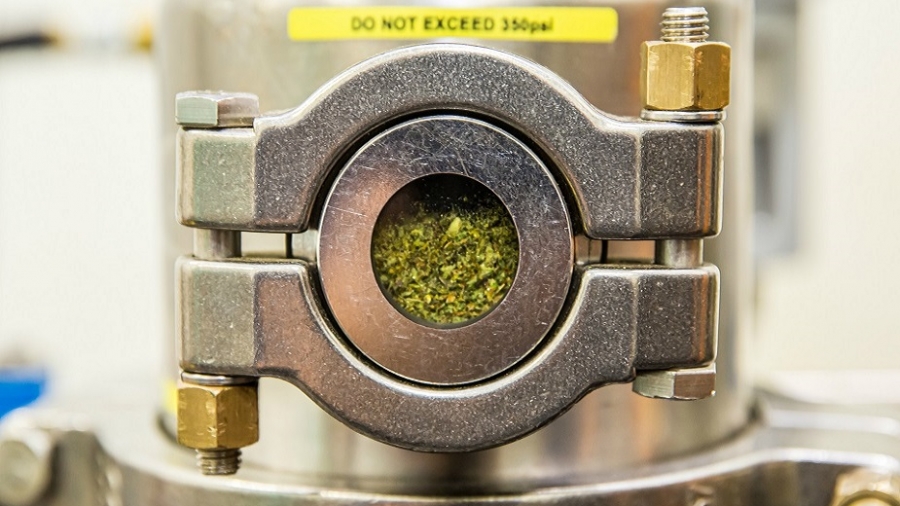 Extracts are the creme de la creme of cannabis, but there’s a wide variety of products available on the market. It can be hard to tell the difference between wax, hash, shatter, crumble, and honey, much less worrying about whether it’s made using CO2, butane, water, or a rosin tech heat press. Then there’s live resin, terpene blends, nug runs, and more.

Keeping your head straight through it all can get confusing. It doesn’t help that the media (and even the government) demonizes solvents like butane. Explosions in home-grown labs spread undue fear of butane bubbles remaining inside the finished extract, exploding in a consumer’s face and causing injury or death.

It’s true that butane is a highly flammable liquid, but when used properly as a solvent, it can effectively extract THC from the cannabis plant to create a clean, safe, and highly effective product.

Here’s everything you need to know about butane hash oil and the dangers of BHO extraction.

BHO stands for butane hash oil, and it describes every cannabis concentrate that’s extracted using butane as a solvent. In 2013, the term BHO made the media rounds, becoming the MSG of cannabis. Many products were labeled as “solvent-free” (i.e. made with a heat press) or “non BHO” (i.e. CO2 or H2O used as solvent).

Today, BHO is still widely used to make cannabis concentrates because of its effectiveness, purity, and pricing over CO2.

Finished cannabis concentrates are sold in a variety of forms for vaping. Evaporating concentrates, rather than smoking them, is called “dabbing” on the consumer market.

Butane hash oil is also commonly used to create edibles, topicals, vape juices, and other cannabis-infused products. When buying BHO vape cartridges and prefilled pens, be sure to ask for uncut oils. Most are cut with coconut oil, and some contain vegetable glycerin or other essential oil blends.

The reason cannabis extracts are often called “concentrates” is because they’re literally concentrated THC, with levels ranging from 70 percent upwards of high 90-percent THC contents. This means it’s only necessary to consume a small amount for the equivalent of smoking an entire blunt of normal cannabis flower.

BHO sells on the consumer market for anywhere from $10-$100 for a half gram.

HOW TO MAKE BUTANE HASH OIL

There are two types of extraction systems used to make BHO: open-loop and closed-loop. Open-loop systems are only found in DIY home setups. Commercial extractors use closed-loop systems, regardless of the solvent used.

It doesn’t matter if the BHO is being sold on the recreational or medical market – it should be made in a closed-loop system under laboratory clean-room conditions. This is because BHO is a concentrate of all the chemicals within the plant.

In both systems, cannabis is loaded into a tube and rinsed with liquid solvent, in this case, butane. Typically trim is loaded, but you’ll often see “nug runs” labeled on BHO extracts. This means the cannabis plant’s buds were used in the run.

Just like with other produce, photogenic cannabis buds are sold as is, while those that are less visually appealing end up being extracted in concentrates. You can charge premium prices for a solid “nug run” product by using only buds, but most extract is made with trimmings and other discards from the harvest.

The advantages of closed-loop extraction systems are that there’s no loss of solvent. In open-loop systems, solvent leaks out of one end of the tube. Since butane is highly flammable, there’s a high possibility of an explosion in an open-loop system.

Open-loop systems also introduce contaminants from the air into the final product, reducing purity and lowering levels of THC and terpenes.

Once the butane washes over the plant material, it brings with it the THC crystals and other materials from the plant. What you’re left with is cannabis concentrate, which is then purged (which means removing all the solvent from the material) using heat and pressure.

Depending on the temperature, extraction process, and purging process used, what you’ll be left with is shatter, budder, or crumble.

Criticism of BHO extraction mostly focuses on the dangers of open-loop systems versus the solvent itself. In the early days of black-market extraction, these systems would build up pressure. People cutting corners by using PVC pipe would end up in a room full of shattered, splintered PVC when this occurred.

Metal doesn’t shatter, so when problems occurred in these, the metal tube would launch straight through someone’s garage door. Much safer than 10,000 PVC needles filling the air, but still not exactly safe.

Closed-loop systems can still be dangerous, but when used correctly in controlled settings, the risks are reduced.

The other risk is consuming butane hash oil that hasn’t been properly purged. Once the extraction process is complete, it’s important to purge the extract. Those air bubbles you see are what make shatter look like swiss cheese instead of a Jolly Rancher. They won’t leave the product on their own, and if you leave them in, they could cause trouble down the line.

On the consumer end, the risks of BHO, aside from explosion, are consuming concentrated mold, heavy metals, pesticides, or other impurities from the plant. In addition, dab rigs are heated using butane or propane torches instead of traditional lighters.

There are certainly risks involved throughout the BHO supply chain, but they’re no different than those experienced by smartphones, cars, food, clothing, and any other mass-produced consumer product.

Due diligence from seed to sale and from purchase to consumption ensures a smooth transaction. Butane hash oil is one of the most innovative products on the cannabis market, and it can be safely enjoyed, so long as everyone does it responsibly.