How does Marijuana Help Anxiety 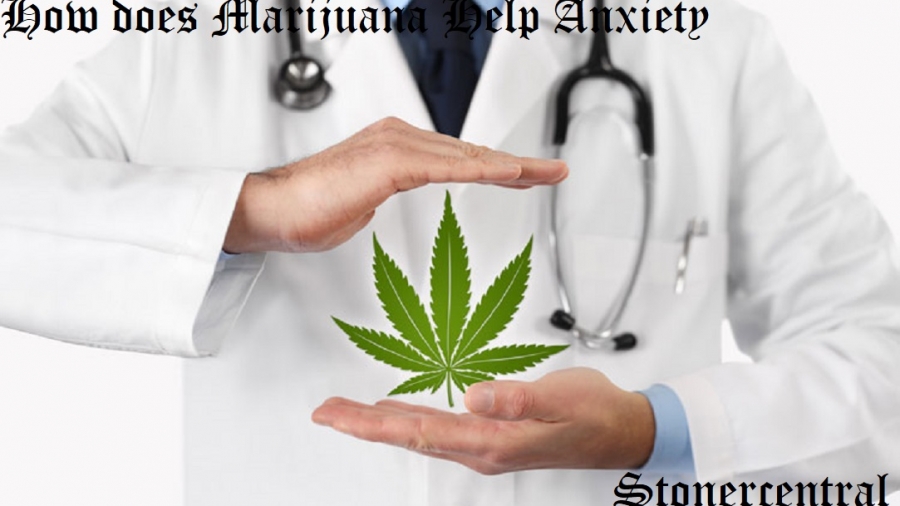 Did you know that one in ten adults in the United States is affected by depression every year? That makes for a total of 18 million sufferers in our country alone, and these are just the ones that have been documented. This says nothing about the sufferers who go undiagnosed and untreated.

With statistics like these, we might almost refer to depression as an epidemic. Depression is so prevalent that even if you yourself have never experienced it, you almost certainly know one or two people who have.

In the face of data like this, there’s one logical question that springs to mind. What can be done to treat this overwhelming number of cases? There are plenty of answers, of course, with therapy and medication being the two most popular choices. But they aren’t the only options available, and today we want to talk about a third option — medical marijuana.

We live in a day and age where those with depression no longer have to hide that they struggle with the disorder. It’s now seen for what it truly is — an illness. Like patients with cancer or AIDs, those living with major depression should not be ostracized, but helped.

Marijuana is often used as a form of self-medicating by those struggling with this disorder. Because of this, many have the misconception that cannabis is a cause of depression. But as we understand the nature of marijuana more and more, we see that it may be in fact be an effective treatment for depression.

If you live under the weight of major depression, don’t use pot to self-medicate. Some states are allowing those with this condition to qualify for a medical marijuana card. This means you can get the cannabis medications you need under the supervision of a qualified physician. Read on to find out how medical marijuana could help you fight depression.

How Is Medical Marijuana an Effective Treatment?

For centuries, people have been using cannabis as a treatment for depression. Its ability to give energy and heighten a user’s mood is well documented. Currently, medical marijuana is used to treat many debilitating conditions, like cancer or HIV. Patients with these illnesses often struggle with depression. Using cannabis helps them cope with depressive feelings.

Medical marijuana research is in its infancy. Many of the studies that have been conducted focus on how cannabis has curative properties for physical disorders. However, not much attention has been given to its treatment of psychological disorders. Now that marijuana is an accepted treatment in many states, researchers are discovering its potential to treat mental illness.

The University of Southern California conducted marijuana and depression research using a survey targeting both marijuana users and people who do not use marijuana. The survey, which used “The Center for Epidemiologic Studies Depression Scale,” showed interesting results. Out of the 4,400 people surveyed, the ones who used marijuana showed fewer signs of depression than those who did not.

Further studies were conducted into whether recreational users were more depressed than medical marijuana users as some have suggested, and this also showed interesting results. Recreational marijuana does not appear to have more risks in causing or worsening depression.

If you are new to the world of weed, it can be tricky to know where to start. With so many different strains out there, it’s a lot to sort through and determine which strains might be best for your specific needs.

Which strains of bud are best for treating depression? That depends what symptoms you’re looking to address:

The cannabinoids in pot react with the endocannabinoid receptors throughout our bodies. Some of these receptors directly impact mood. This means a product of using cannabis is alleviating depression and causing a more positive outlook.

Here are some of the best strains to improve your mood:

One of the few widely accepted uses for medical marijuana is for increasing appetite. Individuals with major depression may experience extreme loss of appetite that can lead to dangerous weight loss.

Medical marijuana can help them eat more after ingestion or smoking. One of its primary uses in this department is for emaciated HIV patients. Nonetheless, it can increase appetite in any individual. In fact, this is one of the most common effects of medical and recreational marijuana.

These are some good strains for handling the loss of appetite:

Other strains known for increasing appetite include Granddaddy Purple and Lemon Kush.

Cannabis, especially Sativa strains, are known for their energetic side effects. For patients struggling to get out of bed, this boost to motivation could be exactly what they need. Also, pinene is a terpene which improves focus.

Some excellent strains for fighting fatigue include:

While some patients struggle with malaise, others struggle with insomnia. Racing thoughts make it difficult to relax and get a good night’s sleep. Marijuana, especially Indica strains, brings a sense of peace and lead to a deep slumber.

Some good strains for getting some sleep include:

Other strains that work well for treating insomnia include Tahoe OG Kush, Purple Urkle and Skywalker.

Talk with your marijuana doctor to decide which of these strains might be the best fit for your symptoms.

How to Get Medical Marijuana for Depression

Not all states allow patients to receive medical marijuana treatments for depression. To find out if you qualify, meet with a marijuana doctor in your state. They can answer any questions you have and help you get the treatment you need.

Ways to Use Medical Marijuana for Depression

There are a variety of different ways you can choose to consume your marijuana to treat your symptoms. All of them come with slightly different benefits, which may be the reason you choose one method over another. Additionally, some people may simply prefer one method or dislike another, leading them to choose their consumption method accordingly.

Decide which of the following methods works best for your needs.

Side Effects of Marijuana for Depression

Marijuana has very few negative side effects, and they are generally milder than the side effects from traditional medications. Additionally, most of these side effects fade as the drug passes through the body. Everyone reacts to pot differently, but some common side effects include red eyes, short-term memory loss, increased heart rate and slower reaction time.

Also, different strains have different effects and can induce symptoms you are trying to treat such as anxiety, fatigue and insomnia. It’s important to find the strain that works best for you.