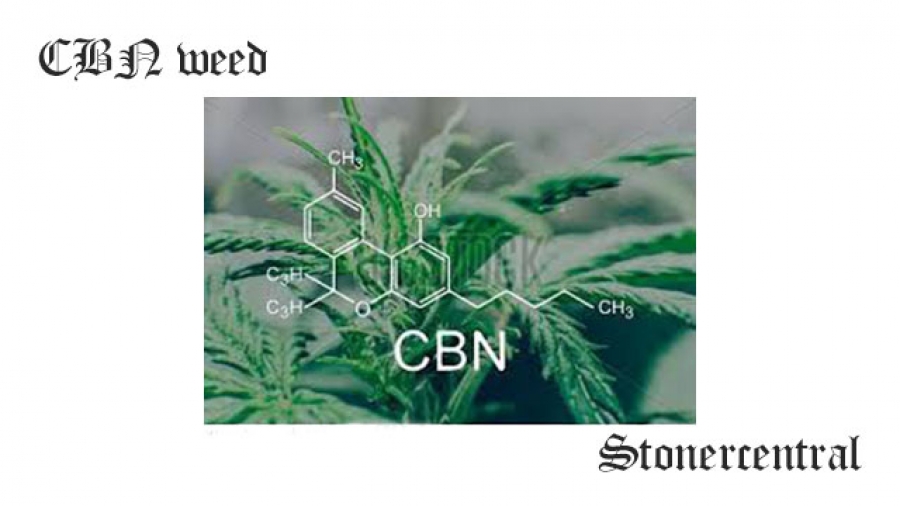 The cannabinoid into which tetrahydrocannabinol (THC) breaks down after prolonged periods of time. The degradation can be accelerated by exposing dried plant matter to oxygen and heat. Cannabinol (CBN) is only mildly intoxicating; with current research indicating it may only be one-fourth (¼) the potency of THC.

What are the potential benefits of CBN (cannabinol)?

CBN is a non-intoxicating compound that is best known as the cannabinoid created when THC ages. For that reason, it’s usually present in high amounts in older cannabis. While this might be a turn-off for some, others seek out older cannabis just to enjoy the effects of CBN.

Here are a few of the potential benefits of CBN currently being explored in research. Keep in mind, current research on CBN is limited with very few studies demonstrating its effects in the human body.

Studies on CBN have found that it may be a potent antibacterial agent. In lab settings, CBN was tested on strains of MRSA bacteria that are resistant to traditional antibiotics. Researchers found it to be a potent antibacterial agent against these resistant strains. Perhaps in the future, we will see CBN being used to fight off bacterial infections that our usual antibiotics can’t heal.

CBN may also be a powerful neuroprotectant. In one rodent study, researchers used CBN as a treatment for ALS and found that it was able to delay the onset of the condition. While human studies need to be done, this suggests that CBN may provide a powerful tool in the fight against ALS and other neurodegenerative conditions.

In rodent studies, CBN increased the amount of food that rat subjects ate, suggesting that it could be an effective appetite stimulant. Since some avoid THC (another well-known appetite stimulant) due to its intoxicating effects, CBN could potentially offer an alternative for those seeking the munchies without the high—but more research is needed.

CBN may also be helpful for those suffering from glaucoma. One study on rabbits found that CBN (as well as THC) reduces intraocular pressure—the biggest risk factor for glaucoma. Still, research is in early stages and CBN hasn’t been shown to be superior to other glaucoma medications. More research is needed to know if cannabinoids could ever effectively replace any traditional treatments for glaucoma.

CBN may also be a potent anti-inflammatory agent capable of helping those with rheumatoid arthritis. In one rodent study, CBN was shown to reduce arthritis. While more research needs to be done, this could end up being an incredible help to those suffering from this debilitating condition.

In more ways than one, CBN is something of a “sleeper” cannabinoid. It’s far less popular than THC or CBD, and at the moment, it’s certainly less en vogue than terpenes. To those aware of its existence, however, CBN is also known as “the sleepy cannabinoid in old weed.”

Given its sedative effects and dominant presence in aged cannabis, CBN’s reputation — both as a sleepy cannabinoid and one less desirable than THC or CBD — is warranted, although it lands just shy of the big picture. CBN’s distinct sedative quality is undoubtedly the thing that sets it apart from other cannabinoids, but that doesn’t mean we don’t have much to learn from the CBN cannabinoid, or much to gain from becoming more familiar with its chemical makeup and effects.

Much of the research around cannabinol effects, notably sedation, has been done in rodents. A 1975 study showed CBN enhances the sedating effects of THC in rats and mice. Sedation is commonly associated with CBN, because aged flowers have much more CBN than fresh flowers. The sedation is not necessarily a product of CBN; rather, aged cannabis with CBN cannabinoids will be sedating because it has also lost lower molecular weight monoterpenoids in favor of more sedating sesquiterpenoids. The sedation factor is one of several primary differences when comparing CBN vs. CBD, as the latter cannabinoid does not cause sleepiness.

At this time, CBN is not on the list of scheduled controlled substances in the United States. However, the legal issue may prove to be more complex as CBN could be considered an analog of CBD or THC, which are both Schedule I substances under federal law. (Hemp-derived CBD is legal in the US.)

One of the most valuable aspects of cannabis is the way its cannabinoids offer multiple mechanisms of action, or pathways through which they produce an effect. CBD and THC produce beneficial effects, in part, because they can activate multiple biological pathways at once. They may also produce a wider variety of effects through channels separate from the CB1 and CB2 receptors.

The CBN cannabinoid hasn’t been researched nearly as rigorously as CBD, THC, or even some terpenes. But as researchers begin to mine cannabis for every possible benefit, the demand for more information will likely reveal the full profile of CBN’s effects.

The Connection Between CBN and THC

Our current understanding of CBN as a major cannabinoid dates as far back as a 1999 study in which the United Nations Office on Drugs and Crime (UNODC) tested cannabis potency loss over time. According to the study, THC content in the tested cannabis sample dropped to half of its original potency after four years. Furthermore, as THC oxidized and dissipated, it began to convert to CBN. The study also found that the first two years of improper storage were when the most THC degradation occurred, drawing a clear connection between THC-CBN conversion and plant vulnerability.

In the simplest terms, this study shows that THC degrades into CBN over time, which means cannabis will typically become CBN-heavy the longer it ages. The study also reveals why CBN and THC cannabinoids share alternative mechanisms of action to CB1 and CB2 receptors. When a lab result shows high-CBN, it indicates the cannabis has aged significantly. As the UNODC study concluded, “A relationship between the concentration ratio of CBN to THC and the storage time … could serve as a guide in determining the approximate age of a given marijuana sample stored at room temperature.”