What is the Best Hybrid Strain 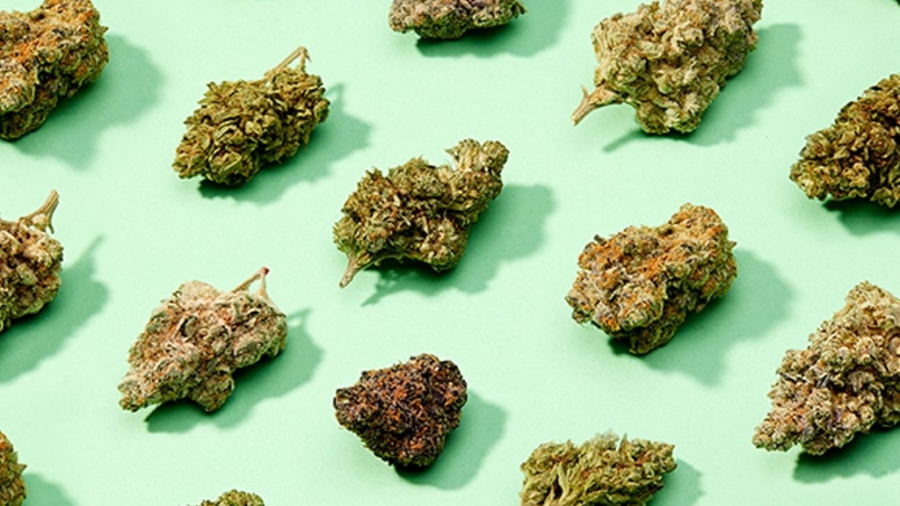 Marijuana research is still in its early stages, which means we learn new things about the plant with each passing year. The different types of cannabis known as indica and sativa are a good example of marijuana misinformation. There’s also ruderalis, but for the most part, most marijuana consumers avoid it.  If you’d like to buy the best Hybrid Strain, use cannabis delivery to your home.

Many people used to believe that indica and sativa strains had different effects. Indicas were considered a late-night or night-time strain because of their sedative qualities. Sativas, on the other hand, were thought to give you an energy boost, making them ideal for waking up and baking.

In reality, we still have much to learn about the marijuana plant. For example, the overall cannabinoid and terpene content of a strain is more likely to influence the effects you experience. Cannabis contains well over 100 cannabinoids, along with at least 100 terpenes.

It follows that a sativa strain can have a calming effect, and an indica one that invigorates you. Breeders are becoming more aware of this as time goes on, and new strains are being developed as a result. These days, it’s tough to find a straight indica or sativa. Some experts believe that neither exists in today’s world.

When different strain families are crossed, special things happen. Hybrids include a mix of indica and sativa genes and may inherit characteristics from both strain families depending on their heritage. Not to mention terpenes, the significance of cannabinoids aside from THC & CBD, and you can see why a sativa-dominant hybrid could surprise you by allowing you to chill out.

Indica Strain: What Is It?

Indicas are a popular choice with breeders since to their dense growth pattern and smaller size, which makes it simpler to grow them indoors. Indicas usually reach between 6 and 10 feet in height, and their form is very similar to that of a pine tree. Indica strains were originally discovered in high-altitude areas such as Nepal, but indoor cultivation has allowed them to be grown all around the world.

Cannabis indica has been classified by a number of names since its discovery, including Indian hemp and hashish. The Cannabis indica species was first identified by Jean-Baptiste Lamarck in 1785. He named it marijuana that grows in India and the region around it. The following are some characteristics of an unadulterated indica:

In general, indica-derived medicines have a lower THC content but a greater CBD concentration than sativa-based medicines.

Sativa Strain: What Is It?

Sativas are taller than Indicas. They thrive outside, but may also be cultivated indoors. Sativas can grow up to 12 feet tall! The leaves, buds, and colas of a Sativa marijuana plant are widely separated in contrast to Indicas.

Individuals seeking a boost in energy or creativity should consume Sativa cannabis strains. Many of the Sativa cannabis strains come from countries near the equator, including Colombia, Thailand, Mexico, and several African nations, but as cultivation has become more technical, Sativas have been cultivated all around the world.

Linnaeus is recognized as the first person to categorize Cannabis sativa in 1753. For the record, the term “sativa” refers to plants that are grown. The typical characteristics of a genuine sativa plant include:

Sativas take longer to mature and develop, need more light, and have greater THC and lower CBD content than indicas. This is only a rule of thumb; it is not set in stone.

Hybrid Strain: What Is It?

A hybrid is a combination of two or more types of cannabis that gives you the advantages of Sativa and Indica in one plant. They’re made up of two or more kinds of cannabis, and their goal is to provide the benefits of Indica and sativa in one strain. If you have chronic pain from arthritis but need to go to work, for example, a hybrid strain might help relieve your discomfort while keeping you alert. Hybrids are used to cure the same ailments as Sativa or Indica strains.

For all the debate surrounding cannabis, it’s worth noting that the plant has been utilized for medical purposes for at least 3,000 years and possibly much longer. While the number of states where medical marijuana is accessible continues to rise (33 states plus D.C now), the FDA refuses to legalize it nationwide owing to a lack of evidence proving its medicinal advantages.

While there have been numerous studies on marijuana’s medical benefits for decades, it is only in the last few years that relaxed legislation has allowed for a veritable flood of research. THC helped increase the effectiveness of traditional neuropathic pain medication, according to a study published in Neuropharmacology in January 2019 by Atwal et al. In case you’re wondering, neuropathic pain is an uncomfortable type of chronic discomfort that can significantly reduce one’s quality of life.

A team at Canada’s University of British Columbia gave mice with neuropathic pain a blend of gabapentin and tetrahydrocannabinol. The combination relieved pain more effectively than expected, suggesting that the two compounds may have combined synergistically.

The list of symptoms that hybrid marijuana strains potentially treat includes, but is not limited to:

The Best Popular Hybrid Strains on the Market

The Brazilian sativa and Indian indica cross, known as White Widow, has a broad range of origins across the world. The combination has an appropriate balance of cannabidiol (CBD) to tetrahydrocannabinol (THC). This 1:1 ratio is popular among many people who find it ideal for promoting the synergistic entourage effect, which in turn might help with chronic pain and anxiety.

Sativa strains are crossed with indica strains to create hybrid strains. In reality, most cannabis plants are hybrids since there are simply a few pure sativa and indica strains available. The word “strains” is actually incorrect, as a single variety from a specific location of the world may develop in both sativa-like and indica-like ways depending on the conditions it was cultivated in.

Sativas are associated with a feeling of energy, while indicas are known for their restorative qualities. The picture is more complicated than that, but most people associate invigoration with sativas and relaxation with indicas. What are the effects of hybrid strains that mix sativa and indica genetics?

Hybrid strains of cannabis were believed to have both energizing and relaxing qualities, with one followed by the other in the past. However, as we now realize, it’s what chemicals are in the plant that matters when it comes to impact. When it comes to side effects, “sativa” and “indica” labels are meaningless.

Even so, learning about the parent plants that have been used to create a hybrid and the characteristics breeders look for while developing them can be useful. Learn more about hybrid cannabis strains in our top eight list for 2022, which we’ll discuss in further detail below.

The offspring of a Brazilian sativa and an Indian indica, the White Widow strain is one of the world’s most potent. The hybrid has a fairly equal mix of cannabidiol (CBD) and tetrahydrocannabinol (THC). This 1:1 ratio is perfect for many individuals and activates the synergistic entourage effect, which may help with chronic pain and anxiety.

Hybrid strains are made by crossing sativa strains with indica strains. In fact, most cannabis strains are hybrids, as there are very few pure sativa or indica strains. In fact, the term “strains” is inaccurate, as even a particular variety from a specific part of the world can grow in both sativa-like and indica-like ways, depending on the environment it was grown in.

Sativa strains are known for their energizing effects, while indicas are known for being calming. The full picture is more complicated, but most people associate invigoration with sativas and relaxation with indicas. Then, what are the effects of hybrid strains that combine sativa and indica lineage?

In the past, hybrid varieties of cannabis were thought to have both energizing and relaxing effects, usually one followed by the other. However, as we now know, it’s what cannabinoids and terpenes are in the plant that count when it comes to effect. “Sativa” and “indica” distinctions are meaningless when it comes to its effects.

Still, there is some value in looking at what varieties have been used to create a hybrid and what traits breeders look for when creating them. Learn more about hybrid cannabis strains as we present our top eight list for 2022.

White Widow has diverse global origins as the offspring of a Brazilian sativa and Indian indica. The hybrid contains a fairly balanced ratio of cannabidiol (CBD) to tetrahydrocannabinol (THC). For many people, this 1:1 ratio is ideal and activates the synergistic entourage effect, which in turn may exert potency over conditions like chronic pain and anxiety.

The Sunshine State takes credit for the development of OG (Original Gangster) Kush in the 1990s. Cultivators in Florida crossed Chemdawg, Lemon Thai and Hindu Kush to create this high-THC (18%) and no-CBD (0%) strain. Lemony OG Kush is reputed to produce a head high along with stress-relieving effects for the body.

Fans of OG Kush might like Chiquita Banana, a potential option for people seeking deep therapeutic effects. Chiquita Banana crosses OG Kush with Banana, and the result is a motherlode of THC: 26%. Novices beware and avoid this strain (especially in the form of super-potent marijuana edibles). There’s not a drop of CBD in this hybrid, but there is a good amount of limonene, a terpene reported to have antioxidant and anti-inflammatory properties.

Any cannabis strain named for a superhero’s alter ego must be potent, and Bruce Banner #3 definitely is. Not quite as THC-heavy as Chiquita Banana at 20%, this hybrid strain nonetheless packs a punch. Bred from OG Kush and Strawberry Diesel, Bruce Banner #3 is known for its fast-acting effects which lean towards invigorating. This motivating strain is popular among consumers who have a full plate of tasks to accomplish.

If you’re looking for a CBD-dominant hybrid, Sour Space Candy makes a strong contender. With a 16% concentration of CBD and just 1% THC, Sour Space Candy could relax you without getting you high. First bred in Oregon, the hybrid strain includes the parentage of Sour Tsunami and Early Resin Berry. Cannabis plants of this strain yield colorful buds and a slightly sour citrus profile.

Breed Granddaddy Purple with F1 Durb and you’ve got a hybrid strain that tastes like sweet and sour cherries. Some people attribute a case of the giggles to this euphoric strain, while others simply unwind with its balance of energizing and calming effects. The THC content is moderate (16%) but still high for a novice cannabis consumer.

Skunk #1 has a long history dating back to the 1970s. The hybrid is genetically diverse with a blend of origins including Afghani, Acapulco Gold and Colombian Gold. The munchies are a stereotypical effect of marijuana, but it’s no myth that Skunk #1 might make you crave a hearty snack. Along with euphoric energy, hunger is one of the most commonly reported effects of Skunk #1.