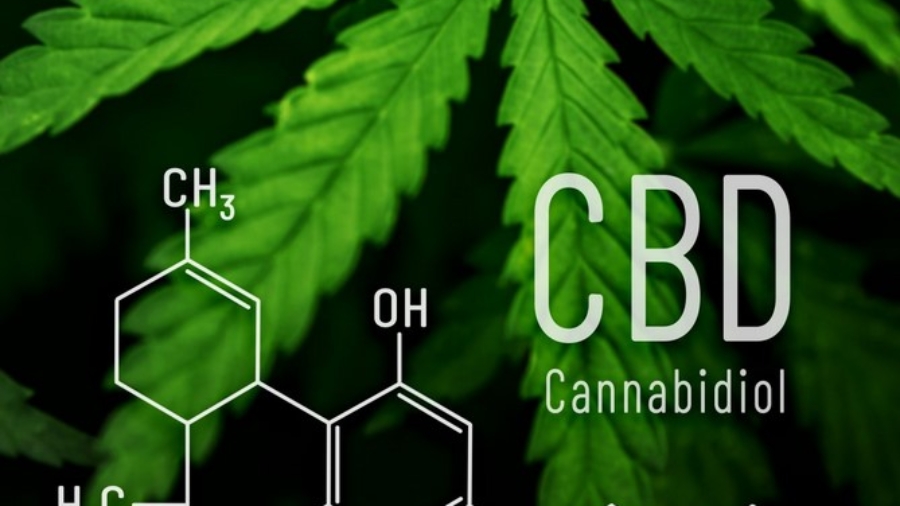 Rapid mood swings are frequently considered to be a psychological problem rather than a physiological illness or condition. Most persons (particularly those who suffer the most) blame their unpredictable emotional changes on a faulty mental state, rather than on a chemical or hormonal imbalance. Buy different CBD products with cannabis delivery near me.

However, the fact is that mood changes are usually caused by neurological abnormalities in specific parts of the brain, particularly the limbic system (hypothalamus, hippocampus, and amygdala). This area of the brain is responsible for managing emotional states like stress and anxiety.

Endocannabinoids and their receptors have been discovered abundantly in the limbic system, which is no surprise given that it’s a brain network concerned with emotional well-being. This appears to suggest that cannabinoids like CBD are extremely probable to play a significant chemical role in the regulation of emotional health.

The endocannabinoid system has been implicated in the release and control of monoamine neurotransmitters, which are important players in mood regulation and emotional well-being.

Mood Swings: What Are They, and What Causes Them?

Mood swings are more frequently caused by an underlying physiological or chemical condition than by more transitory factors such as acute stress or low blood sugar.

Although the full chemical makeup of mood management is unknown, it is known that serotonin and dopamine play a major role in influencing emotions and feelings. Changes in mood and emotion are managed to a large extent by the neuromodulatory action of serotonin and dopamine, which are affected by irregularities in either one (or both).

What Causes These Serotonin and Dopamine Irregularities?

Bipolar disorder, cyclothymic disorder (which is similar to bipolar but less severe), and major depressive condition are all examples of situations that can induce neurotransmitter malfunction. Additionally, hormone abnormalities have long been recognized to cause chemical imbalances in the brain, which may lead directly to mood swings (particularly during adolescence and pregnancy/menopause).

Substance (drug and alcohol) abuse has been linked to significant emotional swings that are caused by neurochemical imbalances.

Low levels of serotonin and dopamine in the brain can cause feelings of sadness, anxiety, or agitation. Additionally, changes in diet/sleep habits, as well as stress and illnesses such as attention deficit hyperactivity disorder (ADHD), epilepsy, and autism, can all have a major impact on mood. Finally, certain drugs including antidepressants, appetite suppressants, and anti-anxiety medications have been found to alter serotonin and dopamine levels in the brain.

The fear of missing out (FOMO) is a powerful motivator that can powerfully affect emotions. People may be driven by the desire to feel better and want their problems to go away, but they are often caught in cycles of emotional distress due to their severely fluctuating sentiments. Feelings of happiness so intense that individuals cannot control things like excessive spending, creative urgency, or even sexual desire may result. Feelings of sadness can also be quite severe; individuals have been known to contemplate self-harm or even suicide as a result

Furthermore, the most common indicators of chemical imbalances that require treatment or medical attention are unpredictable behaviors that last for days at a time and mood swings that impede with day-to-day existence.

Mood swings that are unpredictable and random may have a detrimental impact on day-to-day life. In the most severe cases, these emotional changes might severely limit one’s ability to work, focus, maintain healthy relationships, or even eat, sleep, or arise in the morning.

Minor irritations may cause one’s mental state to plummet to manic emotional episodes, and powerful emotions of pleasure and sadness can (and frequently) be felt in close proximity.

Additionally, problem-solving and the capacity to work through daily life circumstances are near impossible as a result of the complete emotional spectrum clouding any potential cognitive process.

Mood swings or bipolar disorder can be harsh. The majority of people who have the condition 100 percent are ready to try anything to get good and beneficial therapy.

Drastic mood swings can often be treated simply by making healthy lifestyle adjustments. Improving one’s diet, sleeping habits, and overall sleep quality have the power to make a big difference in emotional well-being. Before taking any medications, they should be the first line of defense.

However, in the case of severe neurochemical abnormalities caused by one of the aforementioned conditions, lifestyle changes may not be sufficient to elicit mood-boosting benefits. In such situations, psychiatrists and physicians frequently turn to prescription drugs to restore proper neurochemical levels in the brain.

Selective serotonin reuptake inhibitors (SSRIs), such as Prozac, Zoloft, and Paxil, are some of the medications used. While these medicines are somewhat successful, they have been documented to have wildly varied reactions in individuals and highly dangerous side effects including severe depression and thoughts of suicide.

CBD for Mood Swings: A 100% Natural Way to Correct a Neurochemical Imbalance?

The central nervous system’s endocannabinoid system, as previously said, controls and regulates serotonin and dopamine levels in the brain. This has been shown in several studies, including a current (2011) Neuropharmacology paper.

So, do these data suggest that endocannabinoid deficiencies cause mood swings, and can be treated with 100% natural drugs like CBD oil?

The jury is still out on whether CBD can assist with mental health problems. There isn’t enough direct evidence to make that claim firmly, but it appears more and more likely. The role of the endocannabinoid system in maintaining mental health and emotional well-being, as well as controlling our emotions and moods, has been confirmed in a number of research papers published in Current Neuropharmacology and the Journal of Neuroscience.

The endocannabinoid system (ECS) is an innate (naturally occurring inside the human body) network of cannabinoids and cannabinoid receptors. The ECS carries out dozens of roles in whole-body homeostasis – from hormonal release in the thyroid gland to neural communication in the CNS and even insulin production in the islet cells of the pancreas.

These endocannabinoids (such as anandamide) work with naturally occurring cannabinoid receptors (such as the CB-1 and CB-2 receptors) to establish a full spectrum of homeostatic regulation and internal cellular balance under ordinary circumstances.

Thus, when there is a deficiency within the ECS, any number of bodily or neurologic functions might be thrown entirely off-balance. In these cases, natural cannabis compounds like CBD can help re-establish and rebuild the proper cell-to-cell interactions that exist within the endogenous cannabinoid/receptor network.

Cannabidiol (CBD) is a cannabinoid present in cannabis plants that occurs after tetrahydrocannabinol (THC). Cannabidiol, unlike THC, has no psychoactive effects. It is quickly becoming preferred to THC among medical patients since it contains no psychotropic components.

Products like CBD oil (as well as CBD edibles, topicals, and even CBD-rich flower) contain all of the beneficial properties of cannabis, without producing the stereotypical high that’s commonly associated with the drug.

The vast majority of quality CBD products come from hemp, which contains less than 0.3% THC by volume. Though both hemp and marijuana come from the same species of Cannabis sativa L, they have significant differences in their active cannabinoid content.

Given the influx of scientific evidence in respected medical and academic journals, it’s become quite clear that CBD for mood swings possibly could be an option for the debilitating neuronal condition.

For those considering taking CBD for mood swings or bipolar disorder, be advised that there are lots of bogus products out there. These products are manufactured and labeled as pure CBD or CBD-rich, when in fact, they contain virtually none of the active cannabinoid. The FDA has issued warning statements each of the past three years to these companies, yet they still manage to keep their products on the market.

To help identify the most effective oils and reputable CBD products, we’ve listed below a few of the manufacturers that have proven to be the most reliable over the last several years. As is always the case, though, make sure and do plenty of your own research, and also be advised that CBD and other cannabinoids do not have the same effect for every individual.